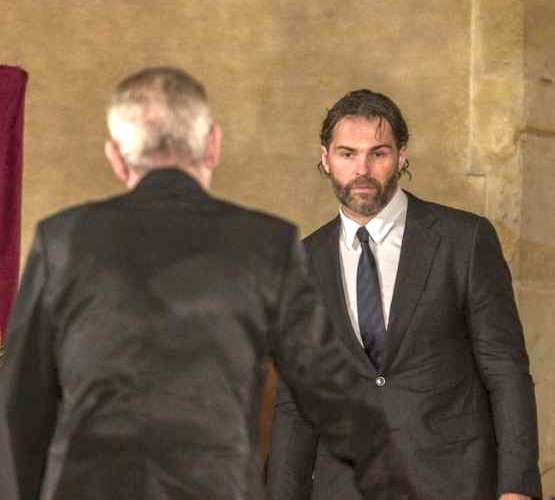 Jan Hrubes slammed Jaromir Jagr, because he accepted the Medal of Merit from Zeman. Which he received on Czechoslovak Independence Day.

The former Czech Television presenter, Hrubes attacked Jagr on social media. Because, Hrubes says Jagr has the power to inspire people to stand up to the current government. Instead, Jagr has chosen to collaborate with it.

“The one who wore the number 68 jersey as a symbol of occupation. The one who can reach the crowds and help overthrow this bastard, pro-Russian whore. Is now accepting state honors and collaborating,” Hrubes said.

Hrubes said Jagr has “power that few do and should act. But instead, he has let us all down.”

Jagr responded to Hrubes on Instagram. “You, CT ex-editor, have no right to judge anyone, only God has the right – and you….are not God!”

Jagr doesn’t understand why he is being attacked. “Why? Because I have received a state honor that I deserve,” God forgive you,” he said to his critic.

“I don’t want people to envy me. I didn’t get something nobody else had. It was about 20 athletes,” Jagr said.

Finally, Jagr says he didn’t receive the medal for his visit to China this year as part of President Zeman’s delegation. As a result the hockey player faced sharp criticism. “He went to China and got it because of that… It’s unpleasant, but it’s their opinion. I don’t like it, and I want to make it right,” Jagr said.