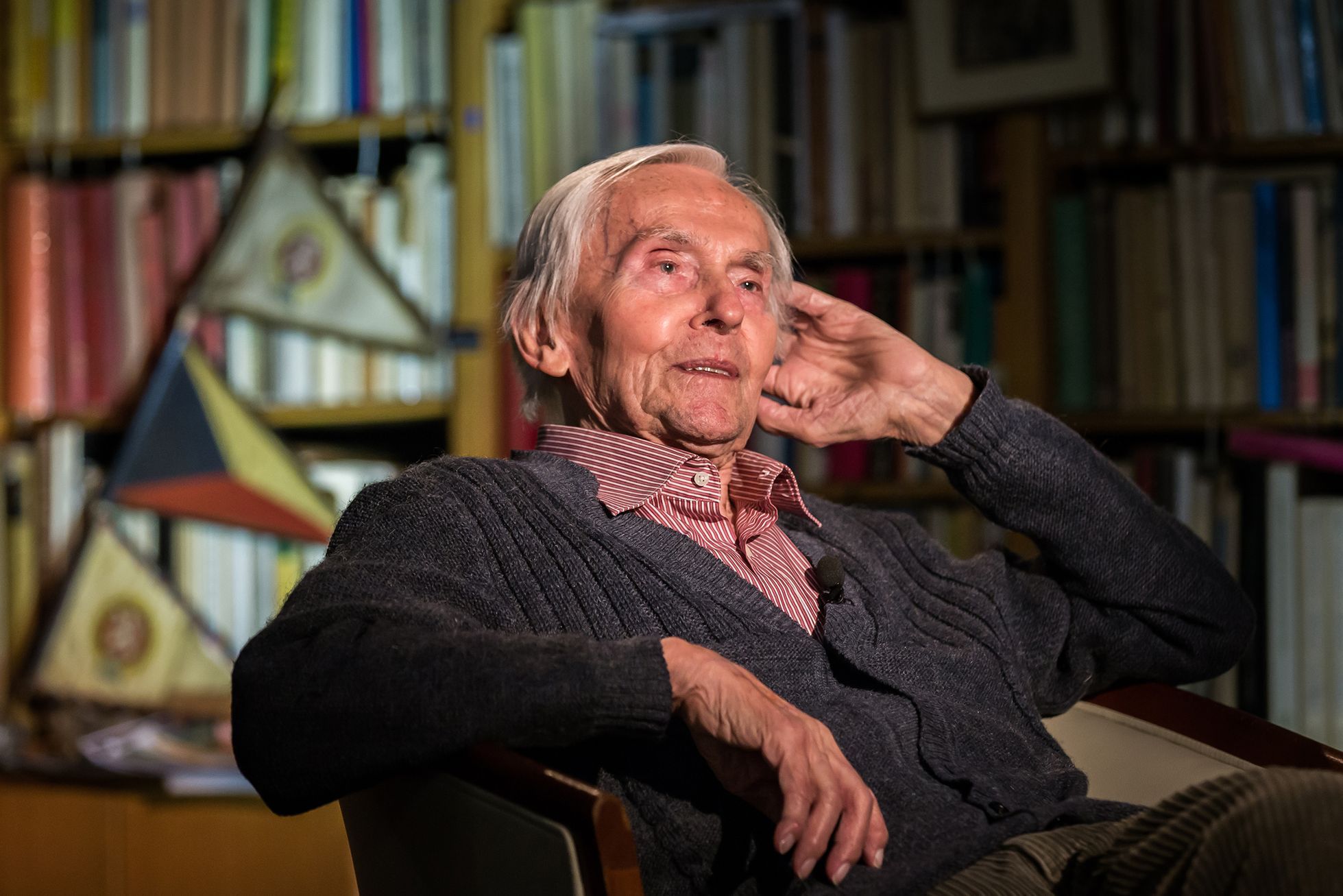 At the age of 102, the traveler Miroslav Zikmund died. Together with their friend Jiří Hanzelka, they formed a legendary travel couple who visited over 80 countries around the world. During their travels, they made a number of short films, wrote more than 2,000 newspaper and radio reports, and were the authors of travelogues published in many languages. Hanzelek’s death did not divide his lifelong friends in 2003.

Miroslav Zikmund lived in Zlín, he spent his last years in private with his life partner Maria Macalíková. In recent days, due to his age, he was hospitalized in Prague. He died Wednesday night. “We regret the sad news that on December 1, 2021, Miroslav Zikmund set out on his last journey to find his partner Jiří Hanzelka,” said Čestmír Vančura, chairman of the Zikmund’s Villa Endowment Fund.

The last farewell to the legendary traveler will take place in Zlín. “It will be private, as he wished,” Jana Macalíková, the daughter of Zikmund’s life partner, told ČTK today. The city is preparing a place of reverence with a book of condolences in the Zlín City Hall building. It will be available from Friday morning. There will also be a place of reverence in the vestibule of the Museum of Southeast Moravia in Zlín, to which the H + Z pair donated their collections.

On their journeys around the globe, Hanzelka and Zikmund made the then Czechoslovakia and its automotive industry famous. The Silver Tatras were especially famous, with which the couple went to Africa and South America in 1947. The car has long been exhibited at the National Technical Museum (NTM) in Prague.

“We very much appreciate the fact that the NTM collections include the original Tatra 87 car, with which the legendary couple Zikmund and Hanzelka took their first trip around the world,” said NTM director Karel Ksandr today.

Zikmund’s importance was also emphasized by the Governor of the Zlín Region, Radim Holiš (YES). “The Zlín region is losing one of its greatest personalities in it, which has appealed to and influenced several generations of readers and viewers alike. Thanks to this, Mr. Zikmund’s work and legacy remain immortal,” said the governor.

The businessman and president of the Zlín Film Festival, Čestmír Vančura, described Zikmund as a distinctive and educated personality whose imprint in the history of Zlín and the whole of Czechoslovakia will remain indelible. At the beginning of this year, he became the owner of a villa in Zlín, in which the traveler lived for almost 70 years. “Together with Miroslav Zikmund, we wanted to work in the spirit of his lifelong values ​​to make his home accessible to the public. Now we will have to manage without him,” Vančura told ČTK today.

Foreign agencies that reported Sigismund’s death today call him a legendary travel writer and adventurer. They also recall the fate of Sigismund and Hanzelka after the occupation of Czechoslovakia in 1968. Due to critical reporting on the situation in the Soviet Union in the 1960s and their engagement during the Prague Spring, the couple fell out of favor. AP agency.

Although Zikmund was associated primarily with Zlín, Pilsen will also honor his memory. The traveler was born in the West Bohemian metropolis on February 14, 1919. A black banner was hung on the building of the Pilsen City Hall in the Republic Square today, and in honor of Sigismund’s memory, the city established a place of condolence in the town hall’s mausoleum.