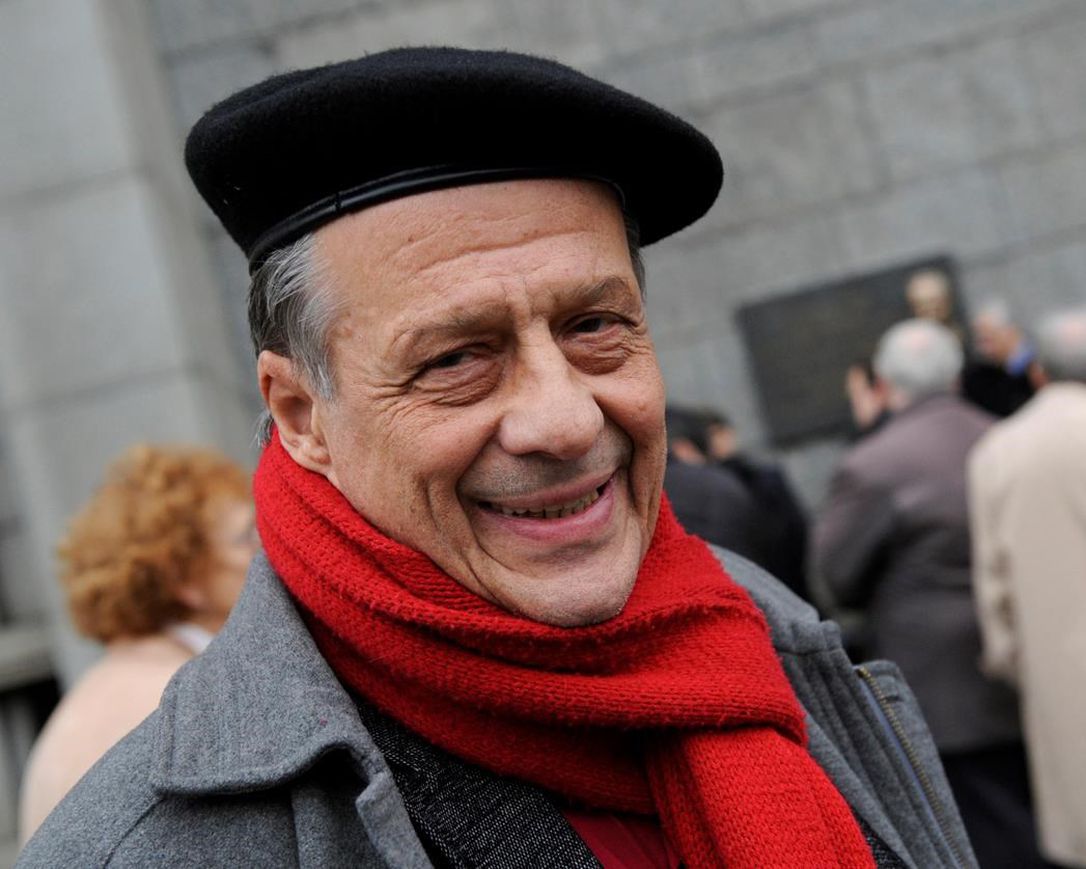 Petr Uhl, a journalist and publicist, former dissident, political prisoner and signatory of Charter 77, who advocated for the protection of human rights during the communist regime and in the post-November era, died today. His wife, former ombudswoman Anna Šabatová, told ČTK.

Later, he worked for many years as a commentator for the daily Právo, to which he stopped contributing in 2015. He then wrote for the online newspaper Referendum and other online media.

Uhl was a co-founder, signatory and activist of Charter 77, and was also at the birth of the Committee for the Defense of the Unjustly Prosecuted (VONS).

After November 1989, he joined the Civic Forum (OF), for which he was elected a member of the Left Alternative as a member of the House of Peoples of the Federal Assembly in 1990. In the 1990s he was a member of the Civic Movement, between 2002 and 2007 he was in the Green Party, for which he ran for the Chamber of Deputies in 2006, but he did not become a Member of Parliament. During the Social Democratic government of Miloš Zeman, he became the Government Plenipotentiary for Human Rights and also sat on the Czech Television Council.

Uhl never hid his left-wing stances and held views that were not always popular, such as the post-war expulsion of the Germans. “I consider the so-called expulsion to be an expulsion which, in the conditions of a Czechoslovak state that wanted to be democratic, cannot be justified by Nazi crimes,” he said 13 years ago when he received the Charles IV Award from the Sudeten German Expatriate Association.

Petr Uhl first appeared in prison in 1969 as a representative of the Revolutionary Youth Movement, in which students of the Faculty of Arts in Prague were particularly involved. In 1971, Uhl, tried along with others in one of the first political trials since 1968, left the court with a four-year unconditional sentence for subverting the republic. After his release, he worked, among other things, as a designer, and at the end of 1976 he joined the circle of authors of Charter 77 and among its first signatories. Shortly afterwards, he also co-founded the Committee for the Defense of the Unjustly Prosecuted.

Uhl was sentenced for the second time for his activities in the committee, and served a five-year sentence in Mírov and Vinařice. After his release, he worked as a fireman until his last arrest. He was last imprisoned on November 19, 1989 for spreading the news of the alleged death of student Martin Šmíd at a demonstration on Národní třída. His prosecution was stopped a week later.

Uhl has won a number of awards, such as the Medal of Merit of the First Degree, which was awarded to him by President Václav Havel in 1998, as well as high Polish, German and French honors. In 2018, at the presentation of the Karel Havlíček Borovský Journalist Awards for 2017, he received the Opus Vitae Award for lifelong promotion of justice, human rights and personal bravery.

He and Anna Šabatová had three children.

A brave man of strong opinions at all times, friends and politicians remember

His dissident friends, colleagues, journalists, diplomats and politicians remember Petr Uhl as a brave and principled man who promoted his views regardless of the ruling regime and majority opinion. Many of them recalled that, due to his convictions, Uhl had spent nine years in prison during the normalization and had not stopped defending human rights even in the post-November period.

Uhl was a dedicated, hardworking and tolerant man who was able to accept a man with completely different opinions, said his longtime girlfriend and former dissident Dana Němcová.

“I liked him very much, even though we had different opinions, but together we met at Charter 77 and in the Committee for the Defense of the Unjustly Prosecuted,” Němcová told ČTK. “He was an extremely dedicated man, as evidenced by the fact that he was willing to spend many years in crime,” she added.

As a co-founder of Charter 77, Uhl signed its text as early as December 1976. He was fired and sentenced to five years in prison in 1979, along with Václav Havel, Jiří Dienstbier and Václav Benda. Earlier, in 1971, Uhl, tried along with others in one of the first political trials after 1968, left the court with a four-year unconditional sentence for subverting the republic.

Like Němcová, Bishop Václav Malý was the spokesman for Charter 77. “Petr Uhl was a brave and equal man who did not change his attitudes or opinions according to current social expectations. For his convictions, he underwent many difficulties on the part of standardization rulers and misunderstandings on the part of otherwise minded people,” Malý told ČTK.

“He has steadfastly persisted in defending human rights and has been free of any careerism. It is inconceivable how much he has lost in dissent. from the time of dissent.

Petr Uhl was also remembered on social networks by contemporary politicians, who generally highlighted his unshakable views. The newly appointed Prime Minister and Chairman of the ODS, Petr Fiala, stated that he respected Uhla for his bravery and perseverance in the fight against the totalitarian regime. “Petr Uhl was an exceptional man who always stood by his views. He fought the communist regime and earned democracy. His voice will be lacking in public space. Sincere condolences to the family,” said Markéta Pekarová Adamová (TOP 09). .

“We mourn Petr Uhl, who died today at the age of 80. He was a dissident, journalist, co-founder and signatory of Charter 77, a holder of high international honors – including the Grand Cross of Merit with a star – and a great Democrat,” said German Ambassador to Prague Andreas Künne. that his country awarded Uh a high federal award.

The French ambassador to the Czech Republic, Alexis Dutertre, also highlighted the angle as a man who fought for life in a free country and for the defense of democracy. “I said goodbye to him last Tuesday when he wished to see Buquoy Palace for the last time, where (then French President) François Mitterrand came to hear and support dissidents,” the diplomat recalled a memorable meeting at the French Embassy in Prague in 1988, which was also attended by Uhl. .

Independent Senator Pavel Fischer called Uhl a great personality and a European. “I admire the perseverance with which he defended human freedoms and protected the unjustly persecuted. A man who – as he said – could feel free even in prison. I mean his whole family,” he wrote on Twitter.

The Greens also expressed their deep condolences to Uhlov’s wife Anna Šabatová and their children. Coal was a member of the Green Party from 2002 to 2007. Shortly after the November Revolution, he was also a member of the Federal Assembly for the Civic Forum, in the early 1990s he headed the ČTK agency, worked for many years as a commentator for the daily Právo, and was a government representative for human rights.