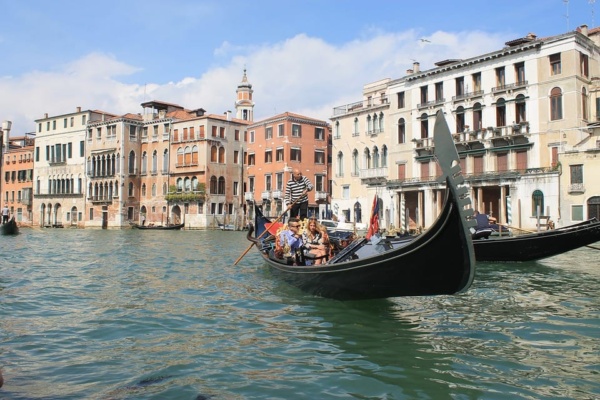 There were two people in the water when the police heard the shouts. But the carabinieri on boat patrol in Venice soon found that rather than people in trouble, the men in the water were tourists who’d stripped off and jumped in a canal for a swim. Two Czech tourists were fined around €3,000 ($3,320) each for “obscene acts” when they were caught skinny-dipping in the canal near Piazza San Marco on Monday night. The men — both hardcore soccer fans in Italy for Wednesday’s Slavia Prague match against Inter Milan — were caught by police on a routine patrol of the area, the most visited part of Venice.

They were alerted to their behavior by the shouts of passers by. The police found themselves “on a movie set,” said a statement released by the carabinieri to CNN. “Two men, completely nude, intent on laughing and joking with each other, and trying to catch the attention of passers by. “They told police that they’d decided to go for a swim, adding that it was “a particularly warm evening. “Police immediately made them get dressed, before accompanying them to the station where they were fined under legislation covering acts against public decency.