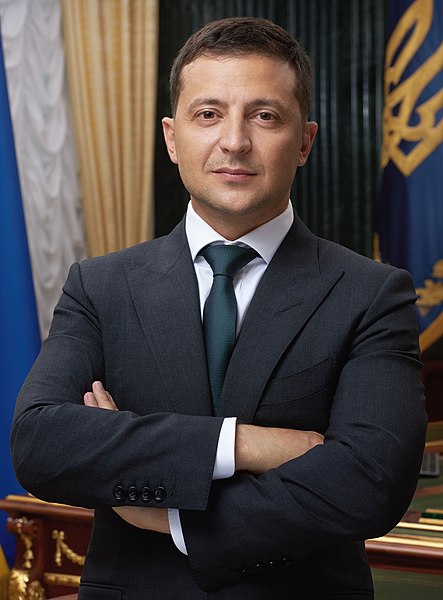 Ukrainian President Volodymyr Zelensky said in a televised speech today that he had information about an impending coup in Ukraine with Russian participation. Regarding the current tensions on the Ukrainian-Russian border, he said that Kiev was fully prepared for a possible aggression by Moscow. The Kremlin has denied any involvement in the alleged coup.

“We are facing major challenges not only from the Russian Federation … but also from major internal challenges. I have received information that there will be a coup in our country from 1 to 2 December,” the Green Agency quoted Reuters as saying. Zelenskyj indicated that some Russian officials should be involved in the preparations for the coup, as well as the richest Ukrainian and influential oligarch Rinat Akhmetov. He reacted angrily to the accusation and accused the president of spreading “absolute lies”.

“The information published by Volodymyr Zelensky about an attempt to drag me into a coup is a complete lie,” Reuters quoted Akhmetov as saying. “I am outraged by the spread of this lie, whatever the president’s motives. My position was and will be clear and definitive: an independent, democratic and united Ukraine with Crimea and my home region, Donbas. My actions are in line with my words,” the billionaire added.

The conclusion that they want to overthrow him, Zelenskyj made on the basis of an audio interview in which allegedly the coup plan is discussed by the leaders of Russia and Ukraine in Ukraine. The president did not specify who exactly took part in the interview and who provided him with this audio recording. According to him, the interview said that “society is ready” for a coup and that “Akhmetov is ready to participate in the replacement of the current president.”

Russia is concentrating its troops near the Ukrainian border. Ukraine, the United States and NATO are therefore expressing fears of a possible Russian attack, which the Kremlin rejects and warns against Ukrainian provocations. Kiev has conducted a number of military exercises in recent days.

“We are fully controlling our borders and fully prepared for any escalation,” Zelenskyj said, adding that the reason for the current war rhetoric was primarily Moscow’s efforts to intimidate Kiev. “We have to rely on ourselves, on our army, which is strong,” he added.

Moscow has denied any involvement in preparations for an alleged coup in Ukraine. “Russia had no plans to participate. Russia does not deal with such matters at all,” said Kremlin spokesman Dmitry Peskov, according to TASS.

The Ukrainian president addressed the television on the occasion of half of his five-year term as head of state. He said he had not yet decided whether to run for a second term.

As for the issue of “deoligarchization”, Ukraine, he said, is at the beginning of a great process and a “great war.” He said that Ukraine’s big business respects, but that business must not influence the media or politicians. It is the fight against corruption and the deprivation of political power of the oligarchs that makes the International Monetary Fund (IMF) conditional on the provision of additional loans to Ukraine.

Zelensky commented on a number of issues, both political and economic. Among other things, he assured that he intended to fulfill his promise to reduce the number of members of parliament from the current 450 to 300. He confirmed that he was considering voting in parliamentary elections online, and ruled out that the president would be elected by deputies in the future. “There are no such plans,” he said.