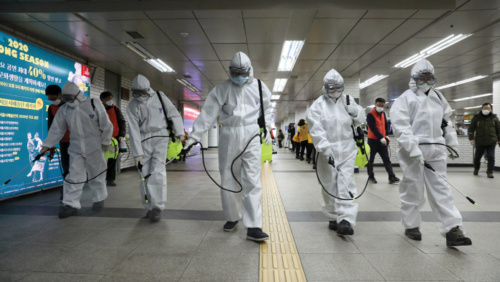 Europe has the first confirmed case of coronavirus infection B.1.1.529, which is a concern due to the high number of mutations. Today, she was detected in a patient in Belgium, the local public intelligence company RTBF said, referring to the teaching hospital in Leuven. The information was subsequently confirmed by Health Minister Frank Vandenbroucke.

According to the RTBF, the infected is a young adult woman who recently visited Egypt and Turkey. He reportedly has no connection to South Africa, which has seen a greater spread of a new, potentially dangerous variant. The woman has not been vaccinated against covid-19 and has never had a confirmed SARS-CoV-2 infection.

Belgian virologist Marc Van Ranst, whose laboratory works closely with the public health agency Sciensano, previously reported that Belgium had analyzed “two suspicious samples” in connection with variant B.1.1.529. He later stated on Twitter that in one case the infection was confirmed four days after the onset of covid-19 symptoms. Without specifying the patient’s gender, he added that the person had returned from Egypt on November 11.

Only Hong Kong, Botswana and South Africa have seen a new variant of coronavirus, also known as the Greek letter before today. The South African Ministry of Health drew attention to its spread at a Thursday briefing at which scientists spoke about a worrying combination of mutations. The high number of new features could mean that this form of coronavirus will be more contagious and able to bypass human immunity.