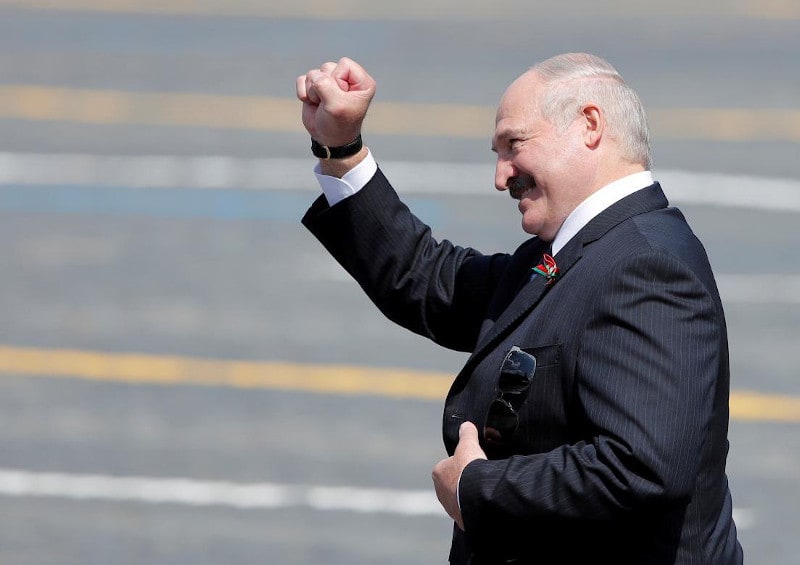 Employees of some large companies in Belarus today went on strike at the opposition’s urging and were arrested by police. Independent Belarusian servers inform about it. A government spokeswoman said large state factories were operating normally. Mainly students and pensioners are demonstrating in Minsk, Reuters reports. According to the Belarusian human rights organization Vyasna, police detained 150 people across the country today.

In Minsk, people formed human chains of solidarity to support the opposition’s ultimatum to President Alexander Lukashenko, giving him until Sunday to resign. According to eyewitnesses, the police are arresting the protesters, the Russian agency TASS said.

“Many shops, cafes, and restaurants in the center of Minsk are closed. Hundreds of university students set out to applaud and chant in the streets of the metropolis, passing cars to them as a sign of support trumpets,” Reuters reported in the afternoon.

Workers from large chemical plants in Grodno and the Minsk companies MZKT and MZT refused to start work. However, the police came to these companies and arrested an unspecified number of workers, the Belorusskij partizan server said. According to the portal, people send pictures of empty workshops to social networks and claim that employees have not started working. “Of course, this information needs to be verified, but it is clear that many have heard the ultimatum and the call to strike,” the opposition server wrote.

According to TASS, the state concern Belněftěchim assured that Azot Grodno and other group function companies usually function. Likewise, reports of a strike were denied by the Minsk plant for the production of MTZ tractors.

“As of 10 a.m. (09:00 CET), all production facilities are operating normally. Production has not stopped,” a spokeswoman for the Belarusian prime minister said. “We have no information about strikes. Large companies are functioning normally,” the Ministry of Industry said.
Hundreds of smaller companies and shops, according to the Tut.by server, would give their employees time off today: some companies did so due to possible difficulties, others as a sign of solidarity.

According to TASS, the KGB secret service accused some of the protesters of “extremist acts,” which it said are organized by “criminal groups to destabilize the country’s socio-political situation.” At the same time, she threatened to classify such acts as terrorism.

Police have arrested 15,000 people since mass protests began, and nearly all opposition leaders have fled the country or been detained, Reuters said.

The ultimatum given by the opposition leader Sviatlana Cichanouska from exile expired on Sunday. He demands that Lukashenko resign and that the regime releases all political prisoners and call new presidential elections. Otherwise, according to Cichanouská, a general strike should begin from today.

Cichanous urged Belarusians to block roads, not use state shops or services, and withdraw all money from bank accounts. According to Reuters, Lukashenko responded with the words: “Who will feed the children?”

Commentators point out that the opposition has tried to provoke strikes in previous months. Still, the regime has suppressed this form of protest by imprisoning members of strike committees and interviewing company management with workers.

Lukashenko’s refusal to end up in the office after 26 years will test whether the opposition has mass support. Reuters reported that it needs to stop businesses across the country, which has about 9.5 million. She added that it is not yet clear how the protest spread.

Nevertheless, 11 weeks after the disputed presidential election of August 9, the winner of which Lukashenko again announced, the former Soviet republic’s crisis has entered a new phase.