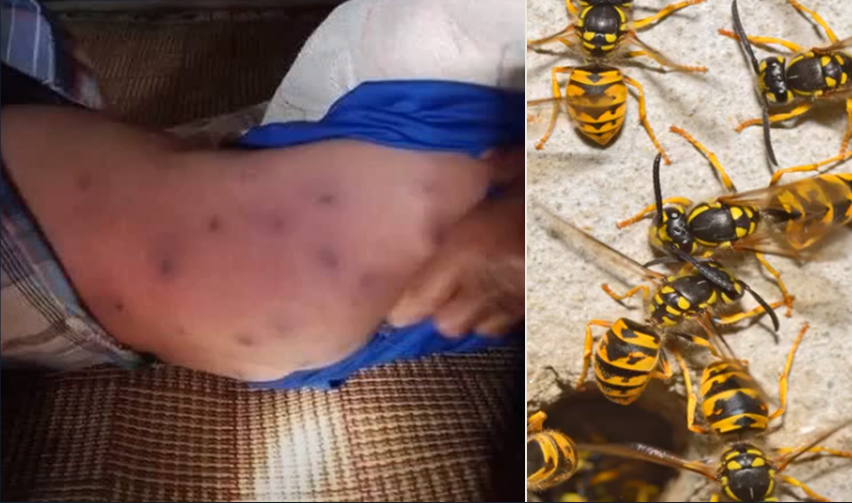 The tragedy took place last week in Cambodia. The five-year-old boy, Morn Kakakda, set out with his 62-year-old grandmother Chen Oeurn to pluck palm leaves. However, they did not notice the wasp’s nest, which they inadvertently struck and were immediately attacked by a swarm of aggressive wasps. The child did not survive the tragedy, and the senior ended up in the hospital.

According to local police spokesman Chuon Samang, the pair was attacked as soon as they touched the nest. “While pruning the leaves, Oeurn accidentally hit a giant wasp’s nest that hung from a tree.

About thirty angry wasps immediately pounced on the pair and inflicted many wounds on their faces, necks and elsewhere on their bodies, “Samang described according to the Daily Mirror.

“Oeurn tried to save her grandson and managed to take him home. The boy died shortly afterward in the house, “the spokesman added. One of the neighbors found her grandmother and took her to the hospital, and her condition was severe.