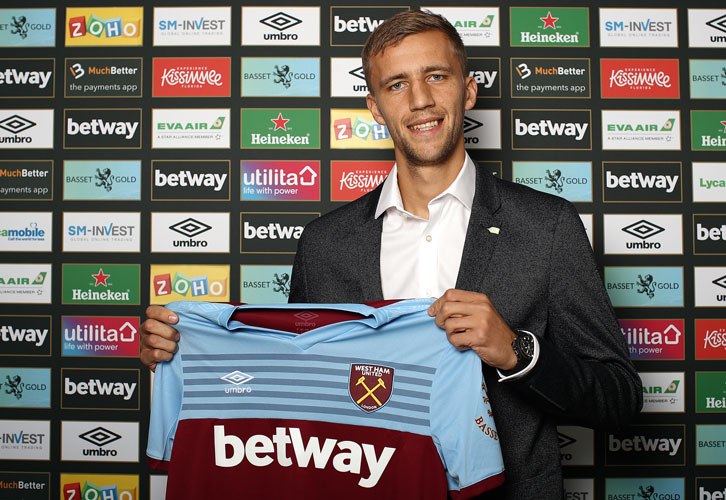 Tomas Soucek has left Prague Slavia for West Ham. He’s about to become the most expensive Czech player abroad. The Twenty-four-year-old midfielder will be on loan to the English club for CZK 113 million through the end of the 2019/20 season with an option to make the transfer permanent.

West Ham will have to pay Prague Slavia an additional CZK 408 million if the midfielder stays on with the team.

Souček leaves Slavia after 14 years on the team. The best player in the league had several offers already in the summer. Finally, in June, he signed a new contract with the Czech champion with an exit clause of EUR 15 million (CZK 378 million). In the autumn, he played with the Praguers.

David Moyes coaches West Ham. The best-known players are Lukasz Fabianski, Declan Rice, Pablo Zabaleta, and Andrij Jarmolenko. The greatest success of the “Hammers” is their triumph in the Winners’ Cup of 1965 and three victories in the English Cup.

As the defensive midfielder, Souček scored 13 goals in the last league season and was named the best player of the year. In total he has 126 starts and 31 goals in the Czech highest competition, he has entered 158 competition duels behind Slavia and scored 40 goals. He won the league and the cup twice with red and white. He played 25 games in the A-team and hit three times.