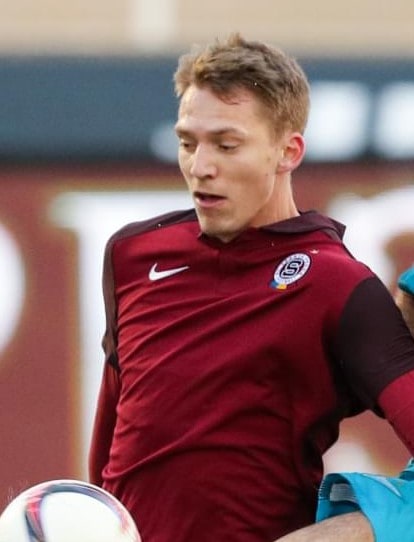 Footballer Lukáš Juliš has extended his contract with Sparta. According to a new contract, the 25-year-old striker, who leads the first league shooters with six goals, is bound to Letná until 2023. The Prague Club informed about it on its website.

Juliš returned to Sparta after a successful guest appearance in Olomouc. In the spring part of last season, he scored eight league goals in 12 matches. He also transferred his shooting form to the new year and scored the same number of goals in the previous six rounds. Thanks to the native of Chrudim, coach Václav Kotal also leads the table of the highest competition without losing a point.

“I am very happy. It’s a huge boost for me. After what I’ve experienced in the last two or three years, I almost didn’t expect that this could ever happen,” Juliš said in an interview for club television.

“I am very satisfied. We mainly win from the beginning, and when Sparta wins, it is clear that the attacker is scoring goals. I hope that this will continue,” added the Letna Club’s offspring, which has 78 league matches and 23 goals. In addition to Olomouc from Sparta, he was a guest in Bohemians 1905.

National team coach Jaroslav Šilhavý wanted to nominate Juliš for matches in Cyprus, Israel, and Scotland, but the Spartan striker could not be injured.