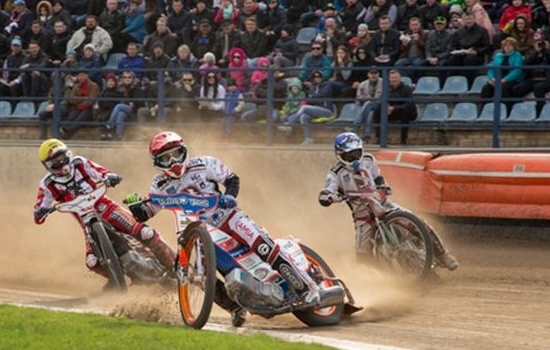 Two speedway Grand Prix races will finally take place in Prague this year. The world’s elite will present themselves in the Czech capital on September 18 and 19. The revised calendar of the championship marked by the coronavirus pandemic consists of four double races, and the only published organizers are only Polish cities.

The International Motorcycle Federation (FIM) and the promotional company BSI have announced that the series will begin on August 28 and 29 in Warsaw, continue on September 11 and 12 in Gorzów and culminate in the Torun on October 3 after the Markéta race. The organizers of the World Championships have not yet announced the organizers for the date of October 2.

“The format of two consecutive World Championship races is a novelty for the Prague stadium. At the same time, it is a chance for those fans who did not get to it after stopping the pre-sale,” said the organizing Auto Club Markéta on its website. He added that due to government measures, both races would take place with a limited audience, and did not rule out that in the event of their tightening, the agreement with the promoter allowed it to take place without spectators.

“For Saturday’s race (September 19), the capacity is almost filled from the previous pre-sale. Pre-sale will start for Friday’s race, but it will not be until mid-August,” the club stated.

From the original Grand Prix calendar, only three races remained on the schedule during the last reduction, including the Prague race, which was postponed from the original June deadline to September 19, and the final in Toruń. The competition in Vojens has been canceled, and the Danish city will not be the scene until next year.

The Czech Republic has remained on the calendar as the only country next to Poland. A top-ranked extra league takes place there, and the ovals there was the venue for the five-part European Championship, which will culminate tonight in Toruń.

The Czech Speedway can also look forward to the start of the national team in the World Team Championships finals. The Czech team was additionally included among the participants of the Flat Track of Nations in Manchester (October 24 and 25), after seven Germans refused to start last year. The FIM canceled the semi-final races, which were hosted by the Latvian Daugavpils in September, and nominated the seven best teams for the finals based on last year’s ranking.

Opponents of Czech riders will be defenders of the title Russians, Poles, Australians, Danes, Swedes, and the British.