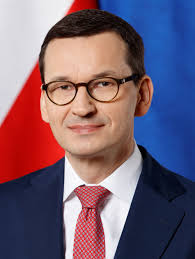 Polish Prime Minister Mateusz Morawiecki unexpectedly asked for and won a vote of confidence today. The move is an apparent effort to strengthen the ruling Law and Justice Party (PiS) position before the presidential elections, scheduled for June 28, Reuters reports.

“If you have enough votes, put us down. If not, let us act, don’t disturb us,” Morawiecki told lawmakers. The governing coalition, led by PiS, has a sure majority in the lower house.

“The prime minister’s proposal to vote in confidence in his government will demonstrate the stability of the parliamentary majority supporting the government and aim to dispel notions of the possibility of early parliamentary elections,” an unnamed PiS official told PAP.