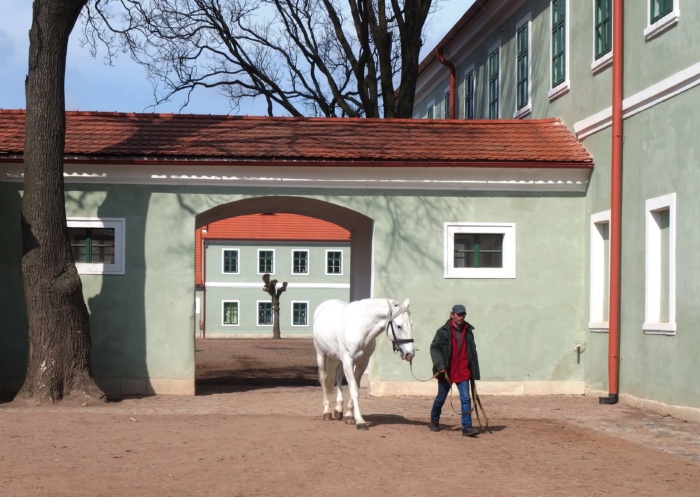 The Kladruby stud farm in the Czech Republic has been breeding horses for royal service since the 1500s, when its sleek grey stallions were seen as a symbol of Habsburg power.

Now the National Kladruby Stud Farm, housing period buildings and manicured paddocks in the east of the country, has been recognised as a World Heritage Site by UNESCO and acknowledged as one of Europe’s leading horse-breeding institutions.

The Kladruber is one of the world’s oldest horse breeds and unique because the horses were bred to pull royal carriages. At the height of the Habsburg empire, Emperor Rudolf II made the farm the imperial stud. The grey Kladruber was reserved for the imperial family, while a black variety of the breed was used to transport bishops in carriage processions.

Today, the horses can still be found in royal service. They pull the carriage of the queen of Denmark, while another pack transports the trumpeters of the Royal Mounted Guard of Sweden.

“It is the only surviving breed which was created specifically for the ceremonial use at a royal court,” Jiri Machek, director of the Kladruby stud, told Reuters.

Due to their calm nature and robust build, they are now also used by police in the Czech Republic and elsewhere, including in anti-riot squads.

The farm, which lies 80 kilometres east of Prague, houses 250 horses, both grey and black, and draws tens of thousands of visitors each year.