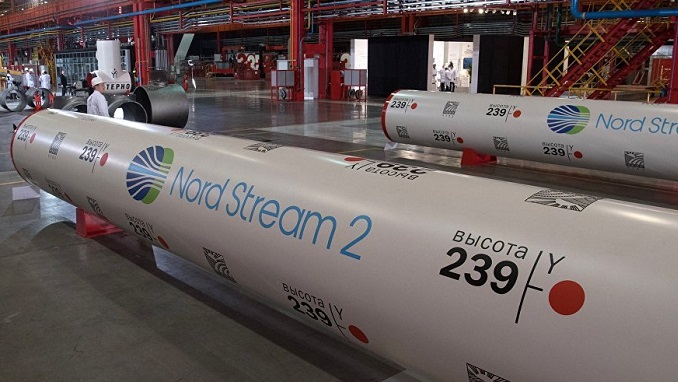 MEPs today called on EU countries to halt the Nord Stream 2 pipeline’s construction over the arrest of opposition leader Alexei Navalny. In a resolution passed by a large majority, they also called on the EU to impose sanctions on oligarchs close to Russian President Vladimir Putin. The EU countries are divided in terms of the gas pipeline construction, but the project has not lost vital support from Germany, even in the light of recent developments.

Navalny, who is considered Putin’s most serious opponent on the Russian political scene, was arrested immediately after arriving in Moscow from Germany on Sunday. In Berlin, he recovered from an August poisoning attempt attributed to Putin and his FSB secret service. He is now awaiting trial in a Moscow cell, which, according to Russian media, is likely to send him to prison for 3.5 years on the pretext of failing to comply with the rules of a previously imposed suspended sentence.

In a resolution adopted by 581 to 50 votes, the European Parliament “called on the EU and its Member States to fundamentally reconsider cooperation with Russia on various foreign policy platforms and projects such as Nord Stream 2, the completion of which must be stopped immediately.”

According to Russian gas giant Gazprom, the gas pipeline is 94 percent finished and is scheduled to start operating this year. While Germany, where gas from Russia is to flow through underground pipelines, has been supporting it for a long time, Central European or Baltic countries are against it. According to them, it is disadvantageous for the EU and complicates the position of Ukraine, the current transit country.

In October, the Union added six Russian officials and the State Chemical Institute to the sanctions list for Navalny’sNavalny’s poisoning. MEPs today called for the charter to be extended to “individuals and legal entities involved in the decision to arrest and imprison” Navalny.

Shortly after his recovery, the Russian opposition leader called on the union to focus its sanctions on oligarchs close to President Vladimir Putin. According to him, the Kremlin would feel more than the current bans on travel to the EU and the freezing of various officials’ assets.

Today, European lawmakers called on member states to “impose sanctions on Russian oligarchs linked to the regime and the people in President Putin’sPutin’s immediate circle.”

The unanimous agreement of all 27 EU countries is required for the adoption of sanctions. While the Baltic States and Poland, in particular, are calling for the punishment of certain actors or entities, other countries such as Germany, France, and Hungary are more cautious about possible sanctions. Foreign ministers will discuss possible sanctions at Monday’s meeting in Brussels.