Ester Ledecká shocks world, and herself: Wins gold on hand-me down ski's 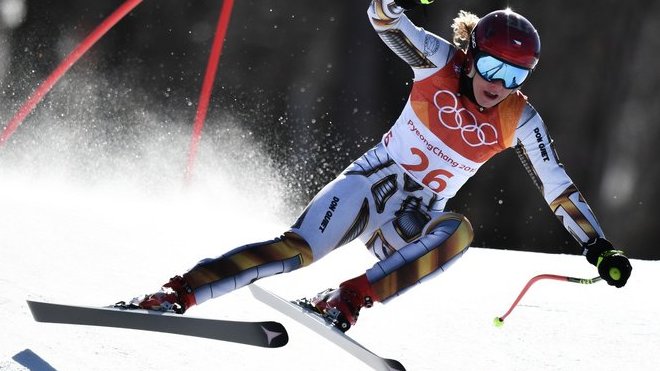 The Czech Republic has won its first gold medal in the Winter Olympics and its fifth overall.

Czech world champion snowboarder, Ester Ledecká, delivered one of the biggest surprises in Winter Olympics history on Saturday, winning the women’s super-G by the slimmest of margins.

Ledecká, who is the first ever athlete to compete in both skiing and snowboarding at the Olympics, finished with a winning time of 1min 21.12sec to snatch the gold from the the two-time overall World Cup Anna Veith by one-hundredth of a second.

The 22-year-old Czech, who was racing out of the 26th position on skis borrowed from American star Mikaela Shiffrin, had never before finished on podium in an alpine event.