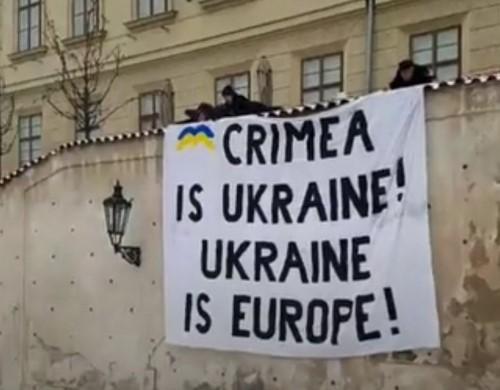 A court in the Czech Republic has ruled that a hotel owner acted legally when he refused accommodation to Russians over the annexation of the Crimean peninsula.

Tomáš Krčmář protested Moscow’s takeover of Crimea in spring 2014 by initially banning all Russian tourists, then making them sign a letter stating that they oppose the annexation. Krčmář was fined for violating anti-discriminatory regulations, and a Czech court upheld a reduced fine last year.

The Czech constitutional court ruling on Tuesday reverses the supreme court’s decision and states that Krčmář acted rationally and in line with Prague’s and the European Union’s position toward the Crimean annexation.

“The Constitutional Court concluded that the contested decision had affected the complainant’s freedom of political expression,” it said.

The case will return to the supreme court for review, according to the pro-Ukrainian Euromaidan Press news website. The website wrote that the Czech ruling sets an “extremely important precedent” across the European Union because it “confirms the illegality of Russia’s occupation of Crimea.”

The EU, the United States and other Western states do not recognize Crimea as Russian territory and have imposed economic sanctions on Russia. Moscow maintains that the Black Sea peninsula voted to rejoin Russia in a referendum.