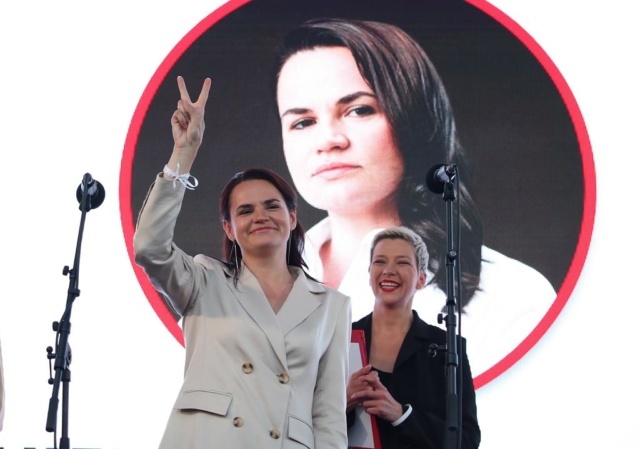 Belarus opposition leader, Sviatlana Cichanouska, who has not been reported since protesting the outcome of Sunday’s presidential election, has left her homeland and is safe in Lithuania. Although she stated that she decided to leave the country “completely independently,” her emotional video indicates that she was forced to take such a step.

The main opponent of authoritarian President Alexander Lukashenko in the election of the head of state, which the opposition considers to be rigged, has been missing since Monday, and there have been concerns about its fate. Authorities denied Cichanous’s claim that they had taken the politician out.

The night crossing of the border followed after one protester lost his life in clashes with the police in Minsk, dozens more were injured, and the police arrested thousands of protesters.

“Cichanouska was expelled from the country by the Belarusian authorities. Her departure allowed the release of her chief of staff, Maryja Marozová, who was arrested on the eve of the election. They left together,” the tut.by server quoted the candidate as a co-worker, saying The politician’s adviser added that “part of Svjatlana’s team is still held, hostage.”

The 37-year-old teacher Cichanouská decided to run in the election instead of her husband, the imprisoned opposition blogger Sjarheje Cichanouský.

After Sunday’s vote, it refused to recognize Lukashenko’s overwhelming victory announced by the election commission, followed by widespread protests in the country. She described the result as manipulated and handed over a protest to the Central Election Commission. On Monday, she showed her determination to stay in the country.

“I guess I stayed the weak woman I was in the beginning,” she said on a YouTube video, urging people to take care of themselves, especially their children.
“The main thing is that she is now safe because she had been detained in Belarus for seven hours before,” said Lithuanian Foreign Minister Linas Linkevicius, without specifying how the Gypsy came to Vilnius.

Unprecedented protests against Lukashenko erupted in Belarus on suspicion of rigging elections. According to observers, with the real support of an authoritarian leader, 80 percent of voters, with more than 80 percent turnout, would be unthinkable, which is why police crackdowns on protesters are so brutal.

“Belarusians have the right to have such freedom and democracy as we have. It is one of the few countries in Europe that does not have it, and it is a pity,” the Czech Prime Minister Andrej Babiš told reporters today. He looks forward to the European Union’s initiative for further action after Polish Prime Minister Mateusz Morawiecki called for an extraordinary summit. Already on Monday, the Czech prime minister condemned police violence against demonstrators in Minsk. German Foreign Minister Heiko Maas, whose country now holds 27 presidents, said the union must discuss reintroducing sanctions against the Belarusian regime.

When asked by CTK, the Czech company Zeveta Ammunition rejected speculation that the Belarusian police could intervene against the demonstrators using the explosive explosives they produce.