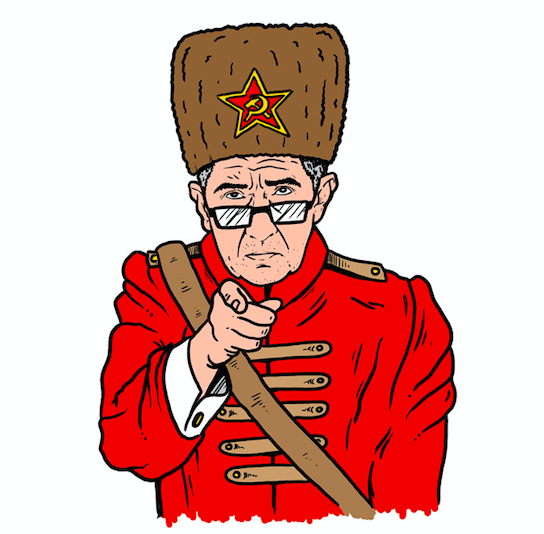 Six opposition parties have called for Czech Prime Minister Andrej Babis’s resignation and proposed a no-confidence vote following a report in which the leader’s son said he was held against his will in Crimea amid scrutiny over accusations that his father embezzled European Union funds.

The parties, which hold 92 seats in parliament while 101 votes are necessary to oust a prime minister, also beseeched the Communists to withdraw their support for Babis.

Their move came hours after the Internet TV network Seznam issued a report on November 13 that included a brief interview in which Babis’s son, who is also named Andrej, said he was coerced into traveling to Crimea on a vacation that turned into an “abduction.”

The elder Babis said that his son was mentally ill and denied he was abducted, writing on Facebook that he had “left the Czech Republic of his own will” and that “police have investigated the case and concluded that there was no abduction.”

Babis, a former finance minister who became prime minister in December 2017, said in March 2016 that his two children from his first marriage, Andrej and daughter Adriana, were owners of a farm and a convention center outside Prague called Stork’s Nest.

He spoke after he was accused of illegally obtaining 2 million euros ($2.25 million) in EU small-business subsidies by concealing his ownership of Stork’s Nest.

In the Seznam report,the younger Babis said that a man working as a driver at his father’s company, Agrofert, whom he identified as Petr Protopopov, a Russian, took advantage of “my father’s wish to make me disappear” amid the Stork’s Nest scandal.

He said that Protopopov and his wife, Dita Protopopova, a psychiatrist who treated him, “were very much trusted and they abused that trust.”

Protopopova “told me that I can either be kept in a psychiatric clinic or go on ‘vacation’ and I chose the vacation,” the younger Babis said, adding that the vacation turned into “an abduction.”

According to the Seznam report, Babis said by e-mail that he was held against his will “for a long time” on the Russian-controlled Ukrainian peninsula, including at rented apartments in Sevastopol and Yalta.

Without mentioning dates, he said that he later traveled to Slovakia and “eventually escaped to Switzerland by bus.”

The elder Babis called the Seznam report a “manipulation” and “pressure by journalists on law enforcement authorities.”

He said that his son was on medication, “must permanently be under supervision, and lives in Switzerland with his mother.

According to Seznam, Protopopova was an adviser to the Finance Ministry in 2016-17, when Babis was finance minister. She led the ticket from Babis’s ANO party that recently won elections in a district of the Czech capital, Prague 8.

After the Seznam report was issued, Protopopova announced that she is stepping down as a deputy in the Prague 8 district council, citing what she said was “the pressure imposed in the last few hours” on herself and her family.