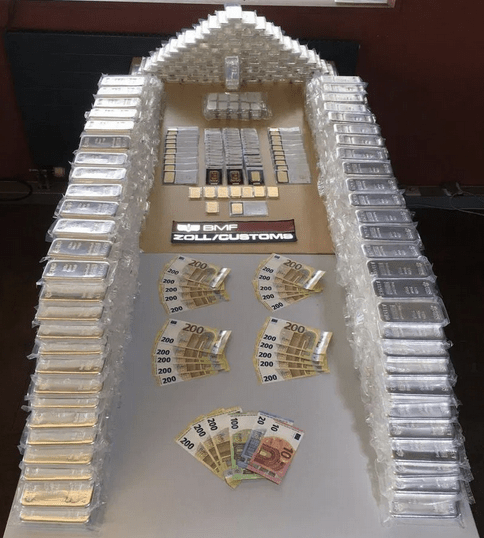 The Czech family was carrying over 665 kilograms of gold and silver through Austria. Customs officers found precious metals in their car in the west of the Alpine Republic. The Czechs apparently wanted to avoid paying customs duties and now have to pay a large fine, the Austrian daily Heute reports.

While inspecting the daughter’s bag, customs officers came across a gold core made, 74 bars of gold weighing a total of 3.25 kilograms.

The family had previously told customs that they had only picked up 4,000 euros in Liechtenstein and were headed for Zurich. But neither the customs officers believed the Czechs.

Customs officers assume that the family wanted to transport a treasure worth 700,000 euros to the Czech Republic without paying an import duty of 96,700 euros.

According to Heute, the Czech Republic now faces an “enormous” fine, as goods worth more than 10,000 euros must be reported to customs. In connection with the case, Heute also quotes the Austrian Minister of Finance Gernot Blümel, who expressed pride in the Austrian customs administration. “Combating illegal money movements is crucial in the fight against money laundering and terrorist financing,” Blümel said.

The law firm representing the family announced today that the Austrian Ministry of Finance statement is wrong. The family insists on what it said during the customs inspection – that it came to Austria unplanned.

According to the Zurich family, the trip’s real destination was where the precious metals were to be transported. Gold and silver to be deposited would not have to pay any fees when crossing borders and, in the circumstances, no import duty, argues the family’s lawyer.

“Therefore, with a correct legal assessment of the circumstances, no customs or tax liability arose. Accordingly, the factual basis of smuggling could not be fulfilled,” the APA quoted the lawyer as saying.