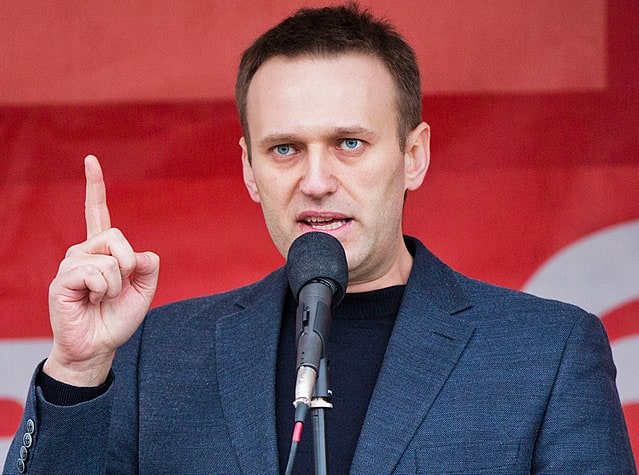 Laboratory tests revealed traces of poison in the body of Russian opposition leader Alexei Navalny, but the specific substance remains unknown. Navalny remains in intensive care and is in a medically induced coma, but his life isn’t in danger Berlin doctors said.

Chancellor Merkel called on Moscow to conduct a full and transparent examination of Navalny’s health after traces of his poisoning were identified.

Cholinesterase is an enzyme that is key in transmitting nerve impulses in the body and brain and has the task of breaking them down. Cholinesterase inhibitors (such as sarin and other nerve agents) disrupt the action of this enzyme in the body. The muscles are then overwhelmed by the accumulated neurotransmitter acetylcholine, and their normal function is paralyzed, and the organs of the body fail. In some cases, poisoning can only be prevented by the early application of an antibody such as atropine. Nevertheless, permanent damage to the nervous system usually occurs.

Substances from the group of cholinesterase inhibitors also have medical use. They are used to treat mild and moderate forms of dementia like Alzheimer’s disease.

The finding of doctors in Berlin thus contradicts the statement of their Russian colleagues. According to Kommersant, they ruled out the poisoning and identified a metabolic disorder as the reason for the medical collapse.

Based on a laboratory finding, Berlin doctors administered Navropin atropine, which is used as an antidote to nerve gas poisoning and organophosphate insecticides and herbicides.

Navalny may suffer permanent damage from the poison.

Moscow must fully and without any doubt investigate the circumstances of the medical collapse of the leader of the Russian opposition, Alexei Navalny, in whose body doctors in Germany found traces of poisoning. This was stated in a joint statement by German Chancellor Angela Merkel and German Foreign Minister Heiko Maas.

“The culprits must be traced and held accountable,” Merkel and Maas emphasized. “We hope that Mr. Navalny will be able to recover soon fully,” they added.

Until today’s statement from the Berlin Charité clinic, where Navalnyj is being treated, the German government did not rule out poison as a reason for his health problems. At the same time, it stated that it wanted to wait for the doctors to find out. They announced today that laboratory analyzes showed traces of poison in Navalny’s body. The exact substance that caused the poisoning is unknown, but it belongs to the family of cholinesterase inhibitors.