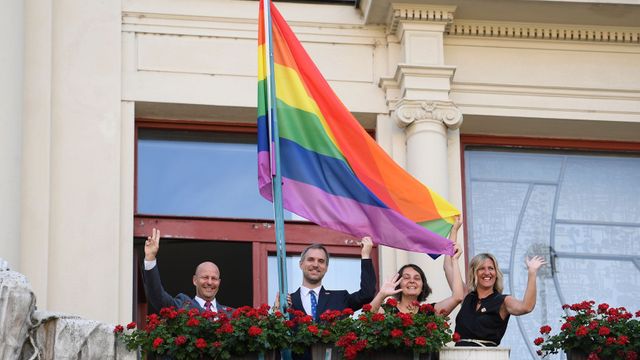 The Prague Pride Festival will commemorate the 50th anniversary of the Stonewall riots, which took place in June 1969 against a police raid on a gay dance bar in New York.

According to festival director Hana Kulhánková, this was a turning point in the emancipation of the LGBT community. People took to the streets and began to protest. “The year after that, the first pride festival was celebrated in New York and the great global pride movement began,” Kulhankova added.

The beginnings of the Prague Festival in 2011 were accompanied by protests, mainly from conservative circles. According to conservatives, the show was obscene and imposed the ideology of homosexuality.

“Diplomats for Equality.” Representatives of 11 countries in the Czech Republic will participate in the Prague Pride March.

As in previous years, the weekly program will offer theater performances, film screenings, exhibitions, seminars, debates and sports events. The Petřín Lookout Tower will be lit for the first time and the Prague City Hall has already hung a rainbow flag on the New Town Hall building.

According to the director of the Kulhánková festival, the flag display at the New Town Hall is a symbolic but important gesture for the LGBT community.

At the press conference on Monday, Prague City Hall criticized that same-sex couples cannot marry in the Czech Republic. “We need to make sure that everyone has the same rights and opportunities and is not discriminated against because of their sexual orientation,” said Mayor Zdeněk Hřib.

Same-sex couples should be able to marry with all legal consequences. He added that he perceives the festival as an expression of respect and solidarity for sexual minorities in countries where their rights are severely repressed. “Pride is a celebration that we can all be ourselves. Only then can all the abilities and potential we have develop. And that is the greatest wealth we can have,” said Deputy Mayor Petr Hlubuček.

Saturday’s parade will begin in Wenceslas Square and end in Letna. Organizers expect 30,000 participants. The organizers also want people who have not been to the Prague Pride to attend the parade this year.

According to organizers, over 90,000 visitors attended the festival last year.

This article originally appeared in Irozhlas