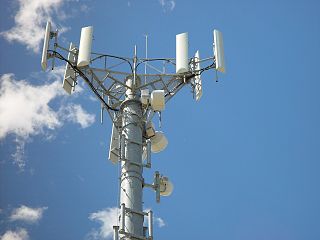 O2 began offering 5G mobile service in parts of Prague and Kolín today. During the summer, it will be available to 15 percent of the capital’s population.

O2 is the first domestic operator to start offering 5G commercially, with competitors continuing test operations in selected locations. Vodafone is testing 5G in Karlovy Vary, where commercial service is ready, as well as in Ústí nad Labem and Jeseník. T-Mobile, which this year announced a 5G test network on the campus of the University of Mining in Ostrava, is also preparing a commercial launch.

The city of Pilsen, one of five pilot cities for 5G testing, wants to test drone flights beyond the line of sight and streaming for crisis management and edge computing.

In Jeseník, some citizens are resisting the start of 5G testing. According to them, the 5G signal is harmful to health and has even been linked to coronavirus disease. Experts say that is false. They also point out that television transmitters transmit a signal with a higher power and have been operating on the same frequencies as 5G, which no one minded.

O2’s new 5G mobile network covers the center of Prague and Kolín. Customers will be able to use 5G in Prague’s Old and New Towns, Vinohrady, Nusle, Dejvice, and Bubeneč.

The operator launched the 5G technology at a frequency of 3.7 GHz, which O2 had previously used. 5G now allows a connection speed of 600/100 Mbit / s. “If the conditions of the frequency auction allow it, we are ready to increase the available speeds and coverage percentage,” said Jan Hruška, the company’s technology director. The auction should start in the fall.
O2 is building the fastest network together with CETIN. Last year in Cologne, 5G launched with Ericsson, and now continues testing with Huawei and Nokia.

The majority owner of O2 is PPF investment group Petr Kellner with about 80 percent. O2 has 5.9 million mobile customers.