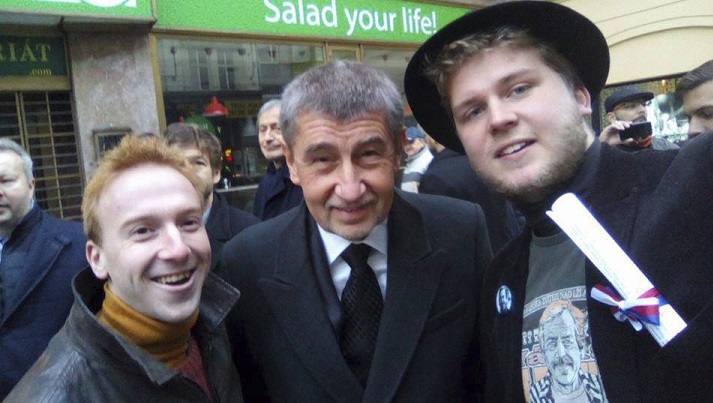 Tens of thousands of people will descend on Prague’s Letna park on Sunday. According to the leader of the Milion Moments for Democracy Mikulas Minar. Just a few hours before he described to Aktualne.cz, under what circumstances his organization would end the demonstration and what political development he would like. “If the prime minister is replaced, then our demands will be fulfilled. That is when the demonstrations will end,” Minar said.

How important would you play in your decision-making if Prime Minister Andrej Babiš stepped down and another member of the ANO movement would stand for the head of the government?

Of course, the evolution of the political situation is essential for us. But we will not dictate to any government or say who should be in it or who is wrong. We are just saying that Mr. Babiš is not suited to be prime minister for reasons that damage this country. That is all.

The ANO movement has won the election, has the right to have a prime minister. So if Andrej Babiš is exchanged for someone more acceptable, we will have to deal with it.

It is possible that a government will be created on the same ground plan, and we will respect it. We are just saying that it is not possible to have a current prime minister.

So, if someone else from ANO replaces Babiš, will there be no reason to continue demonstrations?

Obviously, it would be. If Mr. Jaroslav Faltýnek became the prime minister and he was accused of breaking the law, it would, of course, be a problem. But yes, if the Prime Minister were to be exchanged, our request would be formally fulfilled, and that is what the demonstration would have ended. There is an exchange of prime minister for someone more acceptable. And that’s it.

Would you, in that case, withdraw from the square and push those millions of moments for democracy, as you talked about them from the beginning of the movement? That is, every person should find time to stand up for democracy. For example, by reading something substantial, educating, interested in public affairs…

This is the foundation, the backbone of what we want. We do this, encourage and encourage people to do so. To be interested in getting involved. They were looking for a million moments for democracy.

But when there is a severe attack on a democratic institution, it will materialize in the squares. If there are no problems with democracy, and we have a prime minister who hasn’t broken the law, then no iniquity will happen, and we would not protest. We’re not a protest club.

We don’t say who to vote for. Are you not closer to center-right or right-wing parties like ODS, KDU-CSL, TOP 09 and STAN, or even pirates?

We are closer to all parties that are not ANO and possibly Communists and SPDs. But we do not have any preference that we would say “vote for these and these center-right parties” for example. We are about a minimum to make the parties work democratically, and then to apply for voters’ favor.

But you are more in favor of the opposition.

If the opposition folded the government ANO, it would be ideal. I support this intention. But in this composition of parliament, such a scenario is not realistic. Instead, it is a challenge for all opposition parties to think about what to do to succeed and beat Babis in the elections next time.

This article originally appeared on Aktualne.cz and has been translated.