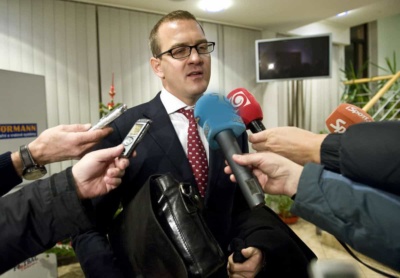 Daniel Kretinsky’s media outlets have changed dramatically over the last year, embracing anti-European and anti-climate agendas. Reporters at Le Monde are concerned about his intentions for their paper.

When Křetínský became an investor in Le Monde through Czech Media Invest (CMI), he claimed in interviews that profit isn’t the motivation for his media investments. Instead, he claims to fight against populism. Le Monde spoke with Czech journalists and others in the Czech media scene. The article focuses on Czech media owned by Křetínský. It notes that its acquisitions include the large tabloid Blesk, but it focuses mainly on the diversion of Info.cz from its pro-European orientation. From the beginning of the year until Info.cz merged with Zdroj.cz. Since then, according to Le Monde, the website has become increasingly anti-European and climate skeptic.

According to Le Monde, Info.cz started as a news portal, with a focus on European issues. In January, the content changed significantly. Foreign policy replaced with domestic stories. These are mainly reports by a young journalist Jan Palička, who uses controversial practices. Even the editor-in-chief of the site Michal Půr acknowledges the writer is an alt-right influencer. Who spews nationalistic and anti-environmental stories. Manipulátoři.cz describes it as fake news. Michal Půr, says the site had to change content for economic reasons.

Le Monde also spoke to journalists who previously worked for Daniel Křetínský’s other media outlets. They said they left because they did not like the change in direction towards provocative topics.

The question remains whether Kretinsky is doing it for the clicks. Or if he is trying to appeal to the right for support of his coal plants.