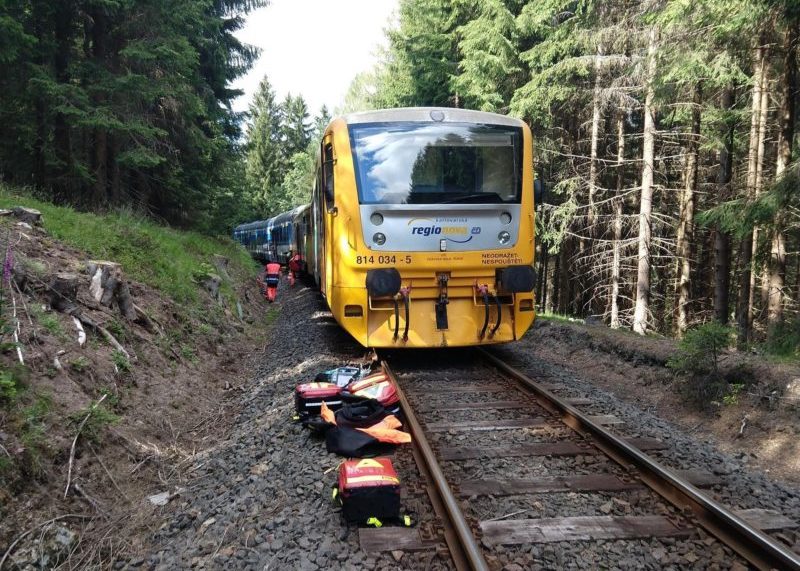 At least two people died and as many as 30 were injured after two trains collided in the Czech Republic on Tuesday on a route in the northwest of the country near the German border.

The accident occurred between Nový Hamry and the Pernink. “According to initial information, there are a large number of injured on the spot. The operation of the line is interrupted. The railway inspection will investigate the causes and circumstances of the emergency at the place of its occurrence.”

Firefighters had to remove the wounded from the train on the spot.

The accident happened less than a kilometer from the station in Pernink in mountainous terrain.

Minister of Transport Karel Havlíček and Director General of the Railway Administration Jiří Svoboda are heading to the scene of the accident. According to Svoboda, both drivers were injured.

The accident happened at about 15:10 between the Nové Hamry station and the Pernink transport station. A passenger train collided there, traveling from Karlovy Vary to Johanngeorgenstadt, Germany, with a passenger train running in the opposite direction.