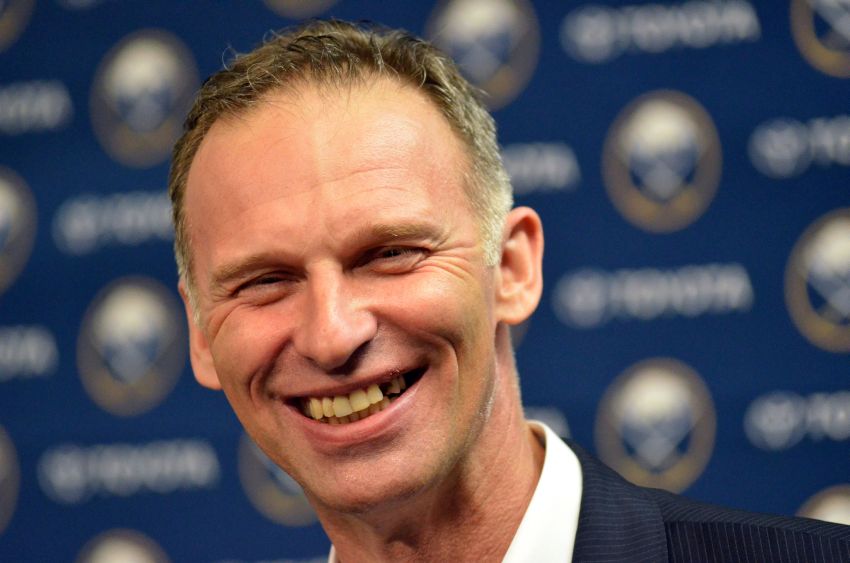 Dominik Hasek is a national icon in the Czech Republic for good reason, and now the Hall of Fame goaltender might have his eyes set on representing his country at the highest level, in an arena that outweighs sports.

“The Dominator” was asked if he would consider running for president of the Czech Republic and responded in a way true to character.

“One can imagine. Why not?” Hasek said, via Czech Republic website iDNES.

“Now I have my job, which I really love and want to do it to the (fullest). But what will be in two (or) three years? And then I’ll decide. Everything is possible.”

“At the same time, I like to do things that are responsible. I have no doubt that the office of the President is very responsible, so if I were to take it from this side, I would (have to) be excellent. But the president must have a number of other qualities, so we’ll see.”

Hasek led Czech Republic to the gold medal at the 1998 Nagano Olympics, where he submitted an iconic performance throughout, most notably in a 2-1 shootout victory over Canada. He followed that up by blanking Russia in the gold medal game, preserving a 1-0 victory over Russia.

This performance made him a national hero, to go along with his decorated NHL career, where he won two Stanley Cups with the Detroit Red Wings and six Vezina Trophies with the Buffalo Sabres.

Hasek has already shone for Czech Republic on the world stage and given the current state of geopolitics, it’s not completely unreasonable to rule him out as the fourth president of his country, right?