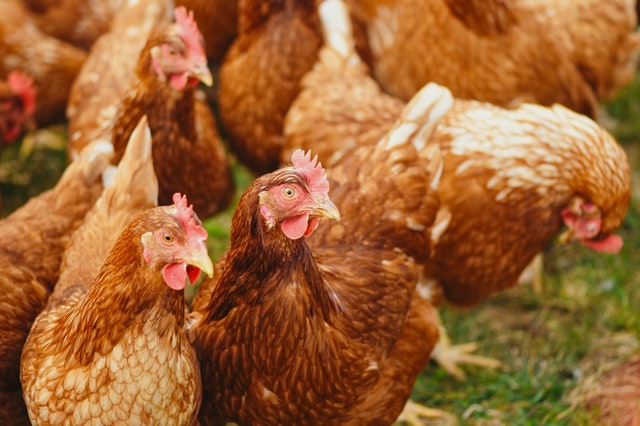 The first outbreak of bird flu in small-scale poultry farming has been confirmed in the Tábor region. About 30 birds in the village of Dlouhá Lhota, half of them died within two days. Wild ducks probably introduced the infection from a nearby pond, the State Veterinary Administration (SVS) Petr Vorlíček said.

Veterinarians confirmed the H5N8 subtype in dead poultry and Thursday the case of dead wild swans in the Písek region. Avian influenza viruses are common in wild birds and are transmitted mainly by feces that contaminate water or feed of farmed birds. The H5N8 subtype is dangerous for birds. It will not harm humans.

All farmed poultry will be killed. Veterinarians will draw up a three-kilometer and a ten-kilometer zone where they will introduce emergency measures with regard to the transport of poultry. They will list farms in the area and ban exhibitions and poultry and bird fairs.

The central director of SVS, Zbyněk Semerád, said that veterinarians would probably only resort to similar nationwide measures after more outbreaks have occurred.

“Breeders are legally guaranteed compensation for the animals killed, and the Ministry of Agriculture also reimburses them for all reasonable costs incurred as a result of measures ordered on the spot.

On Thursday, the disease was confirmed in the Czech Republic for the first time this year, with two dead swans in Písek. Because they were wild birds, protection zones were not established. Today, Toman called on breeders to do regular bird inspections and report possible deaths. In 2017, when almost 100,000 birds were killed in the Czech Republic, the state paid 23 million crowns.

According to Toman, the disease situation in Europe is not right. The disease has been reported from Sweden in breeding with 1.3 million birds, which will have to be killed. Fortunately, he said, there is no subtype of H5N1 in Europe that is potentially transmissible to humans.

According to Gabriela Dlouhá, secretary of the Agrarian Chamber, more than 24 million poultry are currently reared in the Czech Republic. Self-sufficiency in poultry meat is 65 percent, and in eggs, 80 percent of domestic consumption. “Since the beginning of the year alone, 170 cases of bird flu have been reported in poultry farms, mainly turkeys, 78 outbreaks in wild birds and two outbreaks in captive birds, one outbreak in neighboring Slovakia. Unfortunately, yesterday’s (Thursday) outbreak of H5N8 in The Czech Republic is also a problem with wild birds for possible commercial breeding in the area due to protection zones and possible restrictions. Let’s hope that the infection does not get into commercial breeding, “she said this morning.