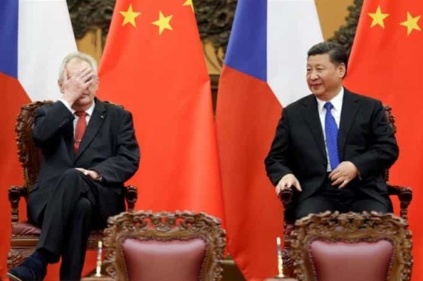 The Ministry of Foreign Affairs of the Czech Republic issued a statement today, expressing its deep concern towards Beijing’s arbitrary decision to oust four pro-democracy lawmakers.

The statement said Beijing’s decision on November 11 is in breach of China’s international obligations to Hong Kong.

“It constitutes a further blow on Hong Kong’s autonomy, political pluralism and the freedoms guaranteed by the One Country, Two Systems principle,” the statement added.

“The Czech Republic is actively participating in the EU debate on further steps to support the preservation of Hong Kong’s autonomy and freedoms for its citizens.”TS Channel

The spokesman urged the Czech Republic to comply with international law and basic norms of international relations, not to meddle in other countries’ internal affairs in any form.