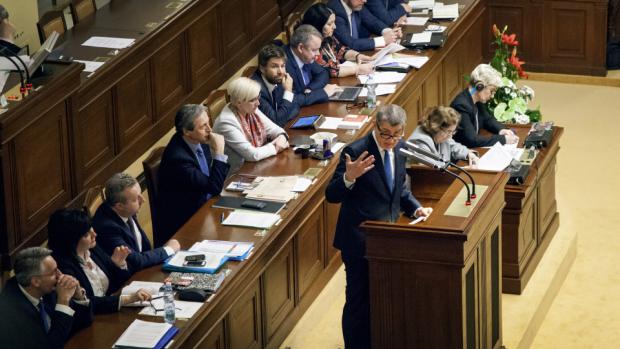 Tuesday’s vote of 114–57 was strictly along party lines. As with the previous vote in the lower house of Parliament, in favour were MPs from the ruling minority coalition government of ANO and the Social Democrats, joined by the bill’s sponsors – the largely unreformed Communist Party – and on the other end of the political spectrum, the far-right Freedom and Direct Democracy party.

The upper house of Parliament, where the opposition Senators enjoy a majority, had rejected the draft law as unjust and unconstitutional, in contravention of the property restitution law of 2012.

Under that law, 16 Churches and Jewish federation which had their property seized by the former Communist regime were awarded money in cases where their property could not be returned to its rightful owners.

Tuesday’s debate in the lower house was brief – as lengthy and passionate arguments on the legitimacy of the tax are already on record from previous sessions. Communist party chairman Vojtěch Filip said the tax would bring in sorely needed revenue.

“I am quite pleased… This will bring money to the state as does every tax. And I would just like to recall that 80 percent of the public was against the Church restitution law.”

Under the 2012 settlement, the nation’s religious institutions should receive 2 billion crowns a year until damages are repaid in full. The proposed tax will bring an estimated 380 million crowns to state coffers.

While the Communist leader is correct that the public bristled at the amount to be paid in compensation, opinion polls now show Czechs believe imposing a new tax is unjust.

In layman’s terms, the argument goes something like this: Imagine your grandparent’s home was seized 60 years ago; for whatever reason, it can’t be returned; at long last, your family is at least awarded financial compensation; suddenly, the very people who took that ancestral home want money back from you.

Is that justice? Decidedly in the ‘no’ camp is Marek Výborný, chairman of the opposition Christian Democrats:

“Under the law, an agreement was reached that outlined indemnitees – obligations of the state to financially compensate churches and other religious institutions for their losses; namely, in lieu of property stolen from them.”

In the ‘yes’ camp is ANO vice-chairman Jan Volný. Why?

“I don’t think the amount of compensation set in 2012 was calculated precisely or accurately, and in terms of specific properties prices were inflated.”

If signed into law by President Miloš Zeman, as expected, the tax would take effect on January 1, 2020. But that likely would not be the final chapter in this long-running story. The Constitutional Court may well strike down the proposal before the first tax payment came due the following year.

Another open question is what a Constitutional Court defeat would mean for the minority government of Prime Minister Andrej Babiš (ANO), which relies upon the tolerance of the Communists to rule – a tolerance the king-making party says is conditional upon the tax being implemented.