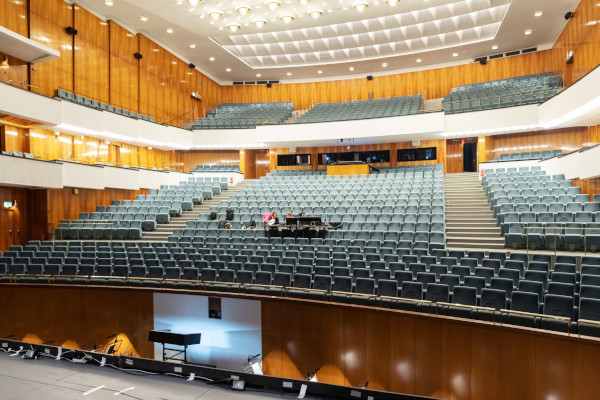 The Brno Philharmonic Orchestra will play to an empty theater due to coronavirus fears.

The concert will be broadcast the Thursday concert live on its website and its Facebook page. The show will be accompanied by visualization of the artist Cori O’Lan in cooperation with Ars Electronica. The concert will not take place in the Janáček Theater but the smaller Besední dům. The orchestra will also occupy the entire auditorium.

“Visuals that translate music into images in real-time thanks to sensors above the musicians will be seen by the audience at the monitors. We will cut them into shots of the orchestra,” said Dennis Russell Davies, chief conductor of the Brno Philharmonic Orchestra.

The musical part of the concert consists of Pictures from the exhibition of Modest Petrovich Mussorgsky and Fresco of Piero della Francesca by Bohuslav Martinů. A short video introduction by the director and chief conductor of the Brno Philharmonic will air before the concert.

Thursday’s concert at the Janacek Theater was practically sold out, as was Friday’s performance of the same program. Concertgoers can return tickets for canceled shows from the day after the concert was due to take place.

Kučerová does not want to speculate about how many concerts will be affected. “So far, the only sure thing is that we will not play next week when we have four sold-out shows.