Babis's coalition on brink, no progress in talks to replace Culture Minister 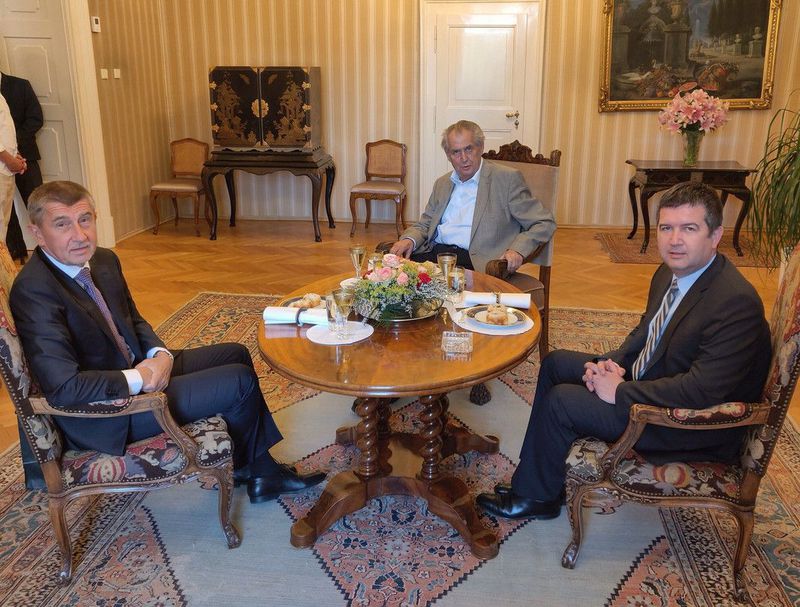 President Miloš Zeman has not made any final decision concerning the replacement of Culture Minister Antonín Staněk, Prime Minister Andrej Babiš said after a meeting at Lány Chateau on Thursday. Mr Babiš and Deputy Prime Minister Jan Hamáček met with the head of state with the aim to resolve the dispute that could bring down the government.

Mr. Hamáček, leader of the Social Democrats, has threatened to walk out of the ruling coalition unless the president complies with his party’s request to remove Antonín Staněk from the post of culture minister and replace him with the party’s nominee Michal Šmarda. The president has so far refused to do so, despite the fact that the prime minister officially requested the minister’s dismissal over a month ago.

While Mr Babiš repeated that he would seek a compromise in the dispute in order to preserve the ruling coalition, Mr Hamáček said he would call a special meeting of the party leadership on July 15 to discuss the party’s possible exit from the government. Meanwhile, the president said he would meet with Mr. Hamáček and the culture minister on July 12 to try to reconcile them.

Culture Minister Antonín Staněk stepped down in mid-May after mounting pressure following his dismissal of the director of the National Gallery in Prague, Jiří Fajt, and the head of Olomouc’s Museum of Art, Michal Soukup, accusing them of improper management.