Sirens, bells ring out in honor of fallen soldiers 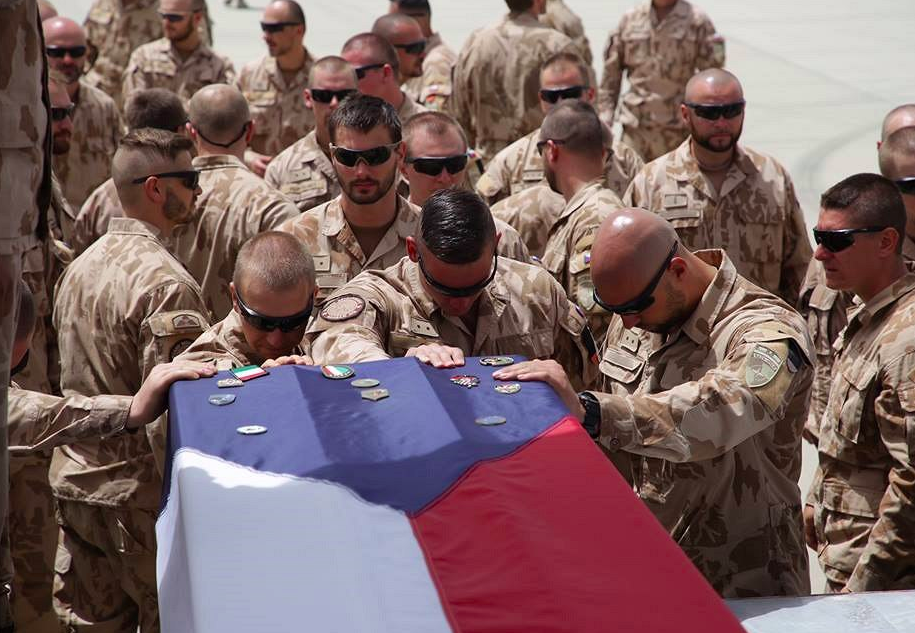 More than 8,000 sirens rang across the Czech Republic for 140 seconds at noon today in remembrance of three Czech soldiers who died in a suicide bomber’s attack in Afghanistan on Sunday and whose remains are returning to Prague aboard a military plane now.

The fallen soldiers are Staff Sergeant Martin Marcin, 36, and Corporals Kamil Benes, 28, and Patrik Stepanek, 25, all members of the 4th rapid reaction brigade of the 42nd mechanised battalion based in Tabor, south Bohemia.

They died while patrolling in the surroundings of the Bagram military base in the Parwan province. On Tuesday, Czech Defence Minister Lubomir Metnar promoted all three to the rank of staff warrant officer in memoriam.

The Czech plane with their remains is already on its way from Afghanistan to Prague’s Ruzyne airport, where it is scheduled to land at 16:15.

Czech and allied soldiers bid farewell to the three soldiers in a ceremony at the Bagram base before the plane took off this morning.

The bells of Catholic churches in Prague will be ringing on the soldiers remains’ arrival in their homeland, the Prague Archbishopric announced on Tuesday.

A mourning ceremony at the Prague airport will be attended by the dead soldiers’ families, representatives of the military, President Milos Zeman, Prime Minister Andrej Babis and other members of the government.

Afterwards, the coffins will be transferred to the Central Military Hospital, accompanied by the president’s guards and the Military Police. People can pay homage to the dead soldiers along the motorcade’s route leading via Evropska street and Vitezne namesti square.
The soldiers will be buried with military honours, each at a place according to his family’s choice, military representatives said previously.

Lenka Smerdova, who heads the Military Fund of Solidarity (VFS), said a strong wave of solidarity and compassion arose in the country immediately after the information about the soldiers’ death arrived.

Donors have sent over 1.2 million crowns to the VFS and as DMS messages in support of the dead soldiers’ families so far, Smerdova told CTK this morning.