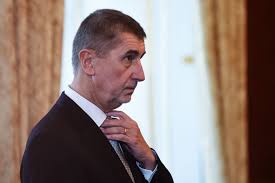 Investigators wanted to hear three witnesses over the past week. First, they focused on the members of the Central Bohemian Grant Committee, who approved the fifty-million-dollar farm subsidy ten years ago.

He was the first to be the ex-minister of agriculture and former Central Bohemian governor Petr Bendl of the ODS, according to the information, but his questioning was eventually canceled.

Then came TOP 09 Helena Langšadlová, who was in the Central Bohemia Region’s council in 2008, and was one of those who had raised their hand for the construction of the Čapího Nest.

Langshadlová claims that the County Council did not evaluate or control the projects.

“There were hundreds of such requests that the Office scrutinized, plus there were always two external evaluators. We then got the average number of the project evaluated and decided on the amount of funds, “Langsdale added.

Detective Pavel Nevtípil, who is investigating the case of Čapí Hnzido, says he is doing a professional job. The last interview was the unnamed former member of the Committee of the Central Bohemian Regional Council. Investigators have not yet been interested in the accused, who is altogether 11.

In addition to the prime minister in resignation and ANO boss Andrej Babis and Jaroslav Faltýn, the police accused nine other people, including Babiš’s wife Monika Babiš and his two adult children from his first marriage.

The Stork Nest Farm, then under the name ZZN AGRO Pelhřimov, was at the turn of 2007 and 2008 owned by Babis Agrofert. In December 2007, it was transformed into a joint stock company with shares on the owner.

However, according to the investigators, there was no economic or business reason to change. Due to the change, it was not possible to trace the owner of the company, which received the European grant in the SME program. After several years of adherence to the grant, the company returned to Agrofert.

Babis said in the Chamber of Deputies that at the time of the grant application, his two adult children and his partner’s brother owned the farm.