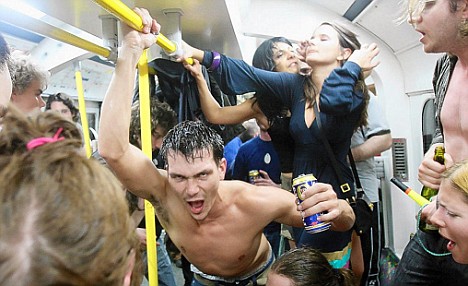 Some Czechs do not make a good name for their homeland beyond our borders. The Czech Foreign Ministry records 263 of our citizens who had problems with the law during the summer season abroad and were detained by local police or even ended up in prison. For example, 66 Czechs ended up with police officers in London, which is the highest of all other countries.

Followed by Croatia and Germany with 24 people and Poland, where 23 Czechs ended up in the hands of the police.

Czechs abroad most often sin for the wheel and for alcohol, criminals also deal with cases of smuggling of all possible and drug crime.

For example, a 63-year-old Czech citizen in Hong Kong, who was sentenced to 27 years in prison for cocaine smuggling, has been in trouble with narcotics. The police detained him at Kai Tak Airport, where he traveled from Brazil. In the trunk, he was supposed to have about six kilograms of drug. The man refuses to blame, according to which someone has cocaine.

Altogether, more than 1,200 Czechs are sitting abroad, the latest statistics are from last year, new numbers for this whole year are expected by the Foreign Office next March.
The Ministry of Foreign Affairs has only available data for this summer’s summer season, ie from June to September.

“For Europe, these are often the crimes associated with driving and drinking,” Foreign Ministry spokesman Irena Valentova said.

In Asia, typical offenses are related to the smuggling of various goods, and in Central and Latin America they deal with drug-related crimes or violations of residence conditions in the country.

The most imprisoned Czechs are in the UK (over 300), followed by Germany and Austria.

While England records four drug offenses, Germany and Austria are at least 40. According to the police, this is related to border drug trafficking.

In the United States, offices in Washington and Chicago have over 100 Czechs behind bars. The drug offenses of the Czechs also employed offices in Peru, where eight people were jailed, seven of them for drugs.