Illegal billboards a blight on motorways 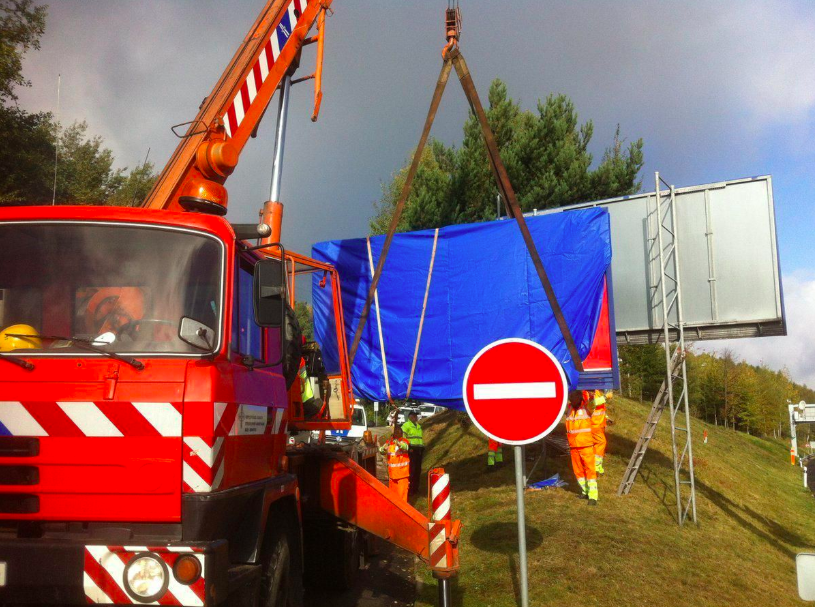 Legislation came into effect at this time last year aimed at removing thousands of billboards standing by motorways and first class roads across the Czech Republic. However, 12 months later the majority of such advertisements are still in place.

On September 1, 2017 an amendment entered force in the Czech Republic banning advertising billboards from the sides of all motorways and first class roads.

The bill had been rubber stamped a full half-decade earlier and the unusually lengthy period before implementation was meant to allow time for the resolution of potential disputes with operators.

The amendment stated that operators would have to remove individual hoardings within five days of being ordered to do so.

If they failed to act, the Road and Motorway Directorate, which oversees the country’s road network, would remove the billboards and make the owners cough up the cost.

So far the legislation has had limited impact, with the majority of illegal billboards still standing 12 months later.

To date only around 700 roadside hoardings have disappeared. This despite the fact that around 3,000 were identified by road maintenance workers last year.

Indeed, some regional authorities say they have only managed to remove a few dozen billboards.

Officials lay much of the blame on the sluggishness of some operators, who are failing to act in accordance with the law.

The ANO minister of transport, Dan Ťok, says part of the problem is ordering the operators to take action, as in some cases it has not proven possible to identify representatives or company addresses.

On Wednesday Mr. Ťok told reporters that the authorities may only remove billboards after a deadline that, by law, must be handed over to operators.

In good news in the fight against illegal billboards, the state has just announced a deal with Czech Outdoor, the biggest single operator of such ads in the country.

The firm has committed to removing all of its remaining illegal hoardings, some 184, by the end of next month. Czech Outdoor has already taken down almost 500.

The billboard ban is also set to go before the Constitutional Court, which is to consider a petition from 17 senators.

Operators are also awaiting the outcome of that case, saying they have been reluctant to take action before hearing the court’s view of the matter.

The legislation creates a zone of 200 metres from motorways and 50 metres from roads where advertising hoardings are barred. They may be erected further away.

There are a total of around 25,000 billboards in the Czech Republic and those in cities and towns do not come under the amendment.