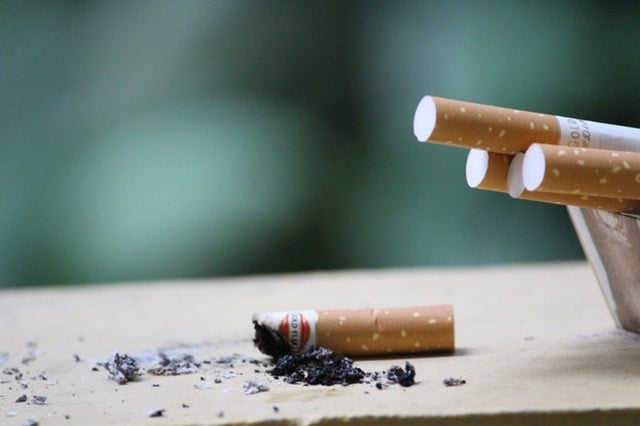 The Czech Republic ranks seventh in the world for cigarette consumption. According to data released by Česko v datech.

Czech’s average over 2400 cigarettes per year per person over 15 years old.

Twenty percent of deaths in the Czech Republic can be attributed to cigarette smoking.

Seniors smoke the most

According to joint research by the American Cancer Society and Vital Strategies, Andorra consumes the most cigarettes in the world. About 77,000 people live in this small European principality. Because of zero duty, they come to buy cigarettes from neighboring France. On the other side of the ranking is Brunei in Southeast Asia, with less than 10 cigarettes per person and strict anti-smoking rules.

A pack of cigarettes costs CZK 97.60 on average in the Czech Republic. One cigarette costs less than five crowns.

In May 2017, smoking was banned in the Czech Republic in restaurants and bars or at public transport stops. According to a survey by the National Institute of Public Health, about seven percent of young people between the ages of 25 and 44 have stopped smoking. The number of cigarettes smoked was reduced by about a third. But most people have not changed their habits.

According to experts, cigarette smoking causes 14 types of cancer and dozens of other diseases. For example, it worsens the condition of the heart and blood vessels, and their illnesses are the most frequent cause of death in the Czech Republic. On average, smokers shorten their lives by at least ten years.

Quitting, without the help of doctors or addiction specialists, is not usually successful. According to experts, about one pack of cigarettes shortens your life by one day.

The cost of smoking cigarettes for the public health insurance system is estimated to be around 100 billion crowns per year. The collection of tobacco taxes does not cover these costs.