Zeman released from hospital after 8 days 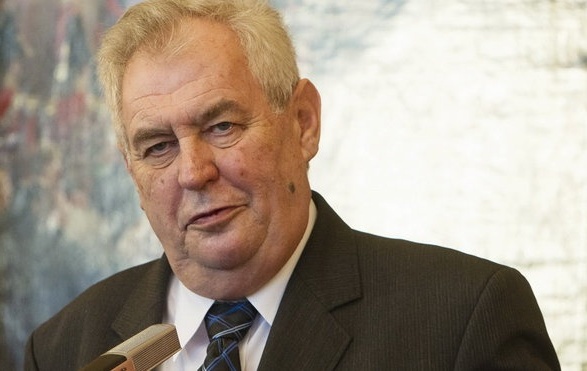 President Miloš Zeman was released today from the Central Military Hospital (ÚVN) in Prague, where he spent eight nights. According to a ČTK reporter, accompanied by Prague Castle staff, he left around 10:45. Doctors underwent several examinations in the first days but did not find life-threatening problems according to the president’s spokesman. They found that he suffered from mild exhaustion and dehydration, so he received an infusion. Prague Castle calls a stay in the hospital more than a week a reconditioning.

According to a ČTK correspondent, an employee of his protective service brought Zeman in a wheelchair in front of the pavilion where he was hospitalized. The president waved to the waiting journalists before getting into the car. He was accompanied by his wife Ivana, director of the castle protocol Vladimír Kruliš or secretary Jaroslav Hlinovský.

Before leaving, Zeman answered a press question about how he felt after hospitalization. Because journalists were allowed to wait in a place far from the president, the answer was not heard. According to Kruliš, Zeman said that he was feeling well and mentioned that the doctors had given him potassium. It therefore feels strengthened by the power of potassium. According to the video, at the end of the answer, the president described himself as a “potassium man”. When asked by ČTK, President’s spokesman Jiří Ovčáček reiterated that the President had completed a reconditioning stay at the ÚVN, which also included the administration of infusions.

In the afternoon, Zeman thanked the ÚVN staff and its director Miroslav Zavoral for his excellent care through a press release from his spokesman. He also objected to criticism of how Prague Castle informed about his hospitalization. According to Zeman, a number of examinations lasting several days are needed to issue a health report, and Ovčáček therefore could not publish the results of the examination earlier. Critics pointed out that Prague Castle did not comment on the hospitalization until two days after being transferred to the ÚVN. Until then, the media had speculated how serious the president’s health was. Last week, Prime Minister Andrej Babiš (YES) also commented on the method of informing.

Zeman headed from the hospital to Lány, where he met with Finance Minister Alena Schillerová (for YES), ODS chairman Petr Fiala and SPD chief Tomio Okamura. “He was very happy to be home, it was clear on him. He said he was tired there because he didn’t sleep in his bed,” Schiller said after the meeting. “He seemed very good to me, his head thought. He could be seen responding to all things, he asked actively,” she added, adding that the president had left a package of documents and graphs that Zeman wanted to study.

Before leaving for Hungary, Babiš confirmed today that he would meet with the president in Lány on Monday, September 27. “Mr. President has a birthday on Tuesday, so we have dinner where I wish him good health,” said the Prime Minister.

According to a ČTK correspondent, representatives of the Prague Castle protocol came to the pavilion where Zeman was hospitalized in the morning. They brought flowers or a box of apples. Journalists were waiting at the pavilion. The hospital security guard forbade them to take photographs or records. One of the journalists, who did not respect the ban, was removed from the hospital premises with the assistance of the police. However, journalists were able to photograph the president’s departure from the hospital.

Zeman entered the Střešovice hospital on Tuesday, September 14, according to Prague Castle, for a planned stay. The shepherd said on Thursday on the website that the doctors had not found any problems that would endanger the president’s life. They found dehydration and mild exhaustion in the president. Zeman underwent blood samples or CT and sonography examinations. The president has been treated for a long time with foot neuropathy and diabetes. He started using a wheelchair this year due to leg problems.

During his stay at the Zeman Hospital, he received several visits, was repeatedly visited by his wife Ivana and Chancellor Vratislav Mynář, his daughter Kateřina, Prime Minister Babiš, former President Václav Klaus and Cardinal Dominik Duka.