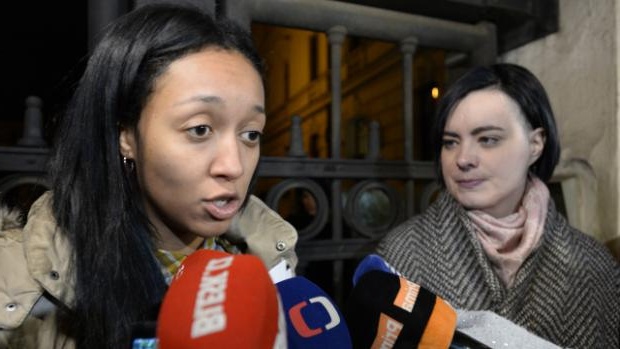 She’s received anonymous threats to kill her because she represented a Ukrainian activist from Femen’s Angelina Diashova, who half naked protested against President Milos Zeman. Attorney Lucie is proud to have received “many” SMS messages and emails in which the writers threaten to shoot her. She does not plan to go to the police, she is accustomed to threats in connection with such cases.

She was proud to represent the activist from Friday to Sunday evening during the brief proceedings, which was finally punished by Diash’s court for a riot. During that time, she received roughly 15 threatening SMS and e-mail messages, for example that both her and Diash should both shoot.

“They are threatened by death, but in such cases I do often,”  In the past, she has represented, for example, the road pirate Luboš Lacina, who deliberately pushed the driver from the road, or former military pilot Karel Daňhel.

He testified in the CASA case, but also faced charges of abuse of a minor girl. In the end, it turned out that the girl had invented everything, and Daenhel had compelled hundreds of thousands of damages.

The attorney does not intend to take any action because of the current threats. “I will not turn to the police,” she said. “I got a lot of hate messages. My advocate was threatened also, “she pointed out.

The activist of the Femen movement on Friday in the polling station in the Prague Luzy protested against President Milos Zeman. Polonahah came directly to him and shouted Zeman: Putin’s Slut. However, the president did not touch. The protector of the shocked Zeman led from the polling station, the head of the state returned after a few minutes and retired.

The court of the Sextremist punished the extortionist condition and expulsion from the Czech Republic. Immediately after the release, she left Prague. The Ukrainian ambassador has warned her that something might happen to her. “Zeman has a lot of supporters, she could recognize me on the street and have problems,” Diash said. She accepted the ruling only because she wanted to go back to Ukraine. Otherwise, she felt innocent because she only “peacefully” protested.