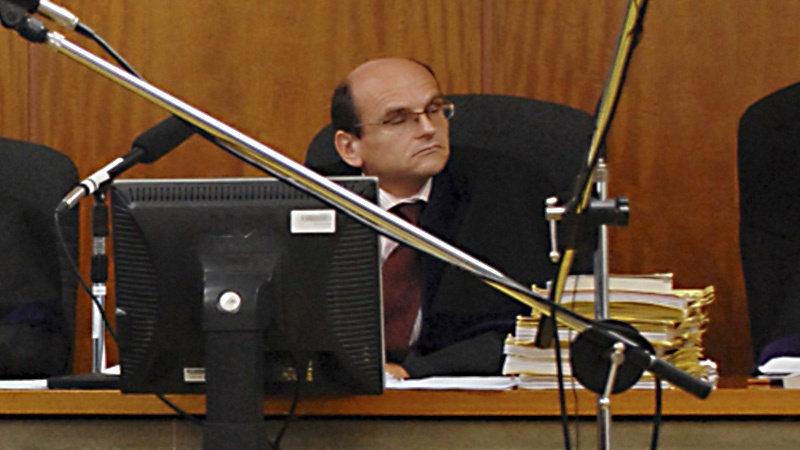 The police detained on Tuesday morning and accused Ivan Elischer of the Prague High Court Judge of three crimes. Suspected him of accepting a bribe or superstition. During Tuesday, the police officers searched his office in the courthouse.

Prague Supreme Court Judge, Ivan Elischer, was detained in the morning and was then charged with crimes of abusive power, bribery, and murder.

The arrest is apparently related to acts of criminal proceedings in acase. The Supreme Court building is located in Prague’s Pankrác next to the prison. Elischer has been working in the Supreme Court since 2013 and is specialized in drug trafficking. Previously he worked at the Ústí Regional Court.

“I can say that our office today has detained one judge of the High Court in Prague. We will not provide more information now. The matter is supervised by the City Prosecutor’s Office in Prague, “Jarinka Ibehej, a spokesman for the National Center against Organized Crime, told Novinka. Next, the spokesperson of the Prague City Prosecutor’s Office Štěpánek Zenklová confirmed this fact.

The Supreme Court confirmed the morning’s assault. “There are criminal proceedings in the High Court building in Prague,” Simona Heranova, a spokeswoman for the court, said. Police officers, according to her, are conducting a visit to Judge Ivan Elischer’s office. No more details.

Further details of the intervention are not known, as well as what the case concerns.

Under the Code of Criminal Procedure, a detainee may be in a police cell for a maximum of 48 hours. In the meantime, a proposal to impose custody must be filed, or they must be released. Under the Law on Courts and Judges, a judge may be prosecuted for criminal offenses or taken into custody only with the consent of the President.

“The President of the Republic agrees to the prosecution of a judge, at this moment I have no communication on this issue and I refer to the relevant police department,” spokeswoman Hradu Jiří Ovčáček said on Tuesday morning.

Elischer, for example, decided in the case of Petr Novotny, whom he sentanced last year to five years behind bars for selling ecstasy to his friends who then collapsed.

At the regional court, he dealt with the case of trafficking in the UK. He imposed sentences of up to 9.5 years in prison. At the same court, he also ruled in the case of the murder of a Ukrainian businessman.