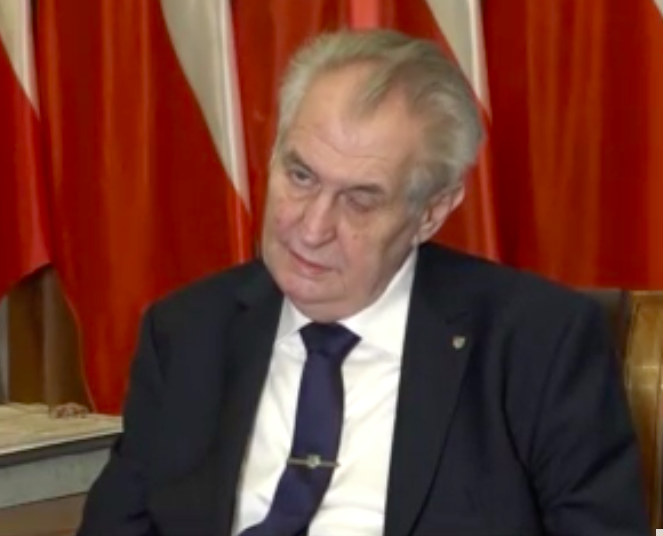 President Milos Zeman, who will defend the election office on Friday, says he did not ask for support in the campaign. Nevertheless, the initiatives of their supporters appreciate it. According to the president, it would be a good idea to publish OLAF’s report on Capi Hnizdo.

Zeman insists that he does not participate in the debate with the opponent even before the second round of elections. He refers to his statement that he will not be campaigning and will not attack the opposition. Even if it does not look like, the nervousness before the elections is felt.

“The Czech national nature is, among other things, that if someone wins much, then those who lose will come together and try to get him out of that box. I do not like it, but that’s all I can do against it. So I have to be ready to have a very difficult position in the second round, “Zeman realizes.

Although the president announced in March last year that he would not be campaigning, citizens see a number of posters and billboards to support him. So far Zeman’s campaign has cost at least 17 million crowns.

“Well, first of all, it was not my private money, and if I know, neither a billionaire has funded me. But on the other hand, I appreciate those who have made me either in the form of a transparent account or by a contribution to the Milos Zeman Friends of Friends Association. It was their free will, I can assure you I did not ask for anything like that. Because even if I do not look at it, I sometimes feel ashamed to ask for help, “the President explained. Behind this association stands his chancellor Vratislav Mynář.

Among the contributors was a Prague businessman and former ODS Gray Eminence Tomáš Hrdlička, who officially sponsored the press and the billboard of 440 thousand crowns. Zeman responded that he did not know about his engagement, but like everyone else, Hrdlička, he was thankful for his support.

Zeman’s surroundings seek to contribute to the president’s re-election, as well as ensuring support from Andrej Babiš (ANO). He announced that his sympathy for one of the candidates would be the day before the presidential election. Chancellor Vratislav Mynář and Zeman’s counselor Martin Nejedlý were supposed to meet Babis and dictate to him what to say in a speech on Zeman’s support.

Zeman sucks that he does not know or know much about such activity. “First, I do not know about it. Secondly, as I know Andrei Babiš, no one can dictate him. Notwithstanding that they are officials, in the latter case not even an official from the office of the President of the Republic, “he said. However, he can not exclude such a scenario either. “If this really happened, I think it was their private initiative. Andrej Babiš has enough information to say his point of view, and he does not need any help, “he said.

In a conversation, the president has also spoken for the publication of OLAF’s report on Čapi’s Hnzido. He himself has read only snippets in the press, but he expects to request the document himself. “I have nothing against publishing. On the contrary, I think it would be good, “says Zeman.

As he repeated several times, in this case he honors the presumption of innocence. “And, on the other hand, I wish the investigation to reach clear and unambiguous conclusions. Well, I think it does not hinder anything de facto. Besides, some politicians will want to play on self-appointed police investigators, prosecutors, or even self-appointed judges. That’s bad, of course, “he said.

At the end of August, when the police request for the release of Andrej Babiš and Jaroslav Faltýn arrived at the House, he criticized her “timing” and talked about suspicion of police abuse for political purposes.