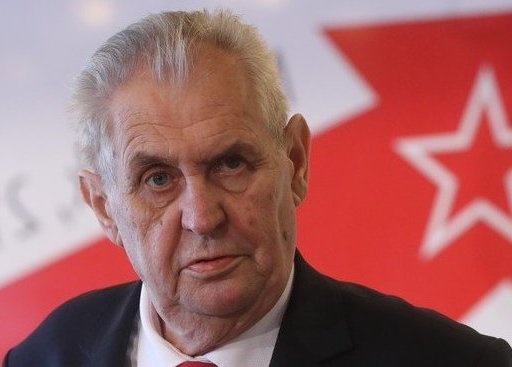 President Miloš Zeman was transferred to the Central Military Hospital (ÚVN) today. The hospitalization of ČTK was confirmed by ÚVN spokeswoman Jitka Zinke. She did not provide more detailed information with reference to the law. The President’s stay in the hospital was not justified in any way by Prague Castle. The Novinky.cz server drew attention to the hospitalization, who published a video of the arrival of the presidential convoy at the ÚVN and the president, who waved to journalists from a wheelchair. Zeman’s predecessor Václav Klaus also came to ÚVN today, and according to his spokesman, he sought out a doctor due to high pressure.

Jiří Ovčáček, his spokesman, did not comment on the reason why Zeman came to the Střešovice hospital. Like Chancellor Vratislav Mynář, he did not reply to the SMS he sent, he did not accept telephone calls. According to the Novinky.cz server, the president arrived at the hospital shortly after 11:00. His wife Ivana also arrived in front of the presidential convoy.

According to the ČTK reporter, limousines of the police protection service with drivers were parked near the pavilion where Zeman arrived, and uniformed police officers were also present. Television crews are waiting for further development before the main entrance to the hospital. Television broadcasters were not allowed into the hospital.

The Aktuálně.cz server statedthat Zeman was already in the hospital on Friday, when he passed an inspection with the director of ÚVN Miroslav Zavoral. The server said that Zavoral, who is taking care of the head of state as a caring physician, recommended continuous care to the president. So Zeman should stay in the hospital until Friday.

Prime Minister Andrej Babiš (YES) commented on hospitalization on Twitter. “I am thinking very much about President Zeman now and I wish him all the best, may he be healthy soon, full of strength and vigor,” he wrote. “In my opinion, ÚVN is the best workplace in our country and I am glad that it is in the best hands,” the Prime Minister added.

Although Ovčáček did not comment on Zeman’s hospitalization, he thanked Babiš on Twitter for his report. “And we look forward to a regular meeting in Lány in September soon, God willing!” the spokesman wrote. Zeman’s regular meeting with Babiš should take place on Monday, September 27.

Zeman has been in a military hospital several times in recent years. Last year, they operated on him with a broken arm, which he injured when he fell. A year earlier, he stayed at the ÚVN for four days on a reconditioning stay. Military doctors, for example, also examined his hearing. This year, he was vaccinated against coronavirus at the ÚVN, combining the vaccination with a preventive examination. The president has been treated for a long time with foot neuropathy and diabetes. He started using a wheelchair this year due to leg problems.

Former President Klaus, who was hospitalized there over the weekend due to pressure problems, also visited the ÚVN today. Klaus’s spokesman Petr Macinka told ČTK that the ex-president underwent an examination over the weekend, during which doctors found him with high blood pressure. He came to the hospital today for more tests.