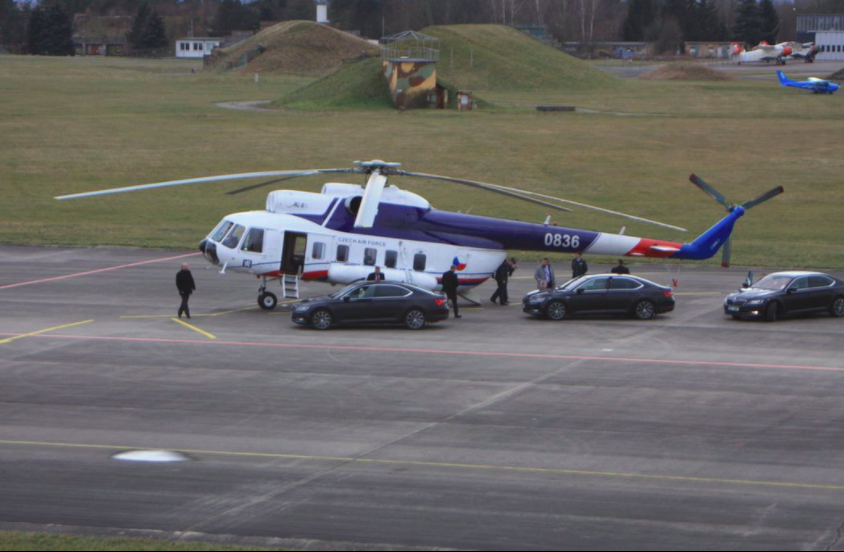 President Milos Zeman flew to the CSSD’s congress by helicopter, so he could make it home for dinner in time with Andrej Babis. The unconventional way of traveling was chosen despite a short trip from Prague to Hradec Králové, where the socialists acted. In the past, the Zeman helicopter was used for his travels further away.

Milos Zeman was an expected guest of the Socialist Assembly. But the less-anticipated was the mode of transport chosen by the president. Between Prague and Hradec Králové he traveled by helicopter.

Reason? “Because we decided on this option,” spokeswoman Jiri Ovaccek replied. The laconic answer came in response to a series of questions the President had raised. For example, whether the helicopter became a normal means of transport for Zeman.

The President had already traveled along the borders before. Ovčáček justified the time saving for E15. However, this is doubtful in this case. The journey from Prague to Hradec Králové takes about an hour and 20 minutes by car. Zeman had to first get to Kbel’s military airport, move to the helicopter and then go on his own journey.

The president uses the Mi-8. One flight hour of such a machine last year cost about 20 thousand crowns. The Presidential Office is legally entitled to travel for free, costs are from the military budget.

What had Zeman so urgent that the helicopter’s journey looked like a better choice, and the Castle did not tell. But it could have been the dinner that the presidential couple had done with the Prime Minister.

“Yesterday, I was with Mr. Milos Zeman and his wife Mrs. Ivana for dinner. Monika invited them to the Palom restaurant. It’s also a small ten-room hotel, but my wife made it beautiful. He cooked Nicolas Decherchi, one of the six best French chefs. He is the bearer of two Michelin stars. Our Mr. President is not a fan of Michelin restaurants, so he just gave you a pigeon. He also tasted wine, vanilla ice cream and apple – this is the best recipe for our queen Nicholas, “Prime Minister Andrej Babis said.