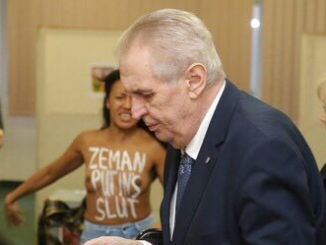 The Security Information Service (BIS), according to President Milos Zeman, should focus on economic crime in the Czech Republic, instead of the ‘fictitious‘ pursuit of Russian and Chinese spies. By engaging in the fight against corruption, counterintelligence would finally be useful. Zeman said it on TV Barrandov. BIS director Michal Koudelka on Monday in the Chamber of Deputies identified the activities of Russian and Chinese intelligence services as the most critical long-term risks to the security of the country and announced the detection and breaking of the network created in the Czech Republic by the Russian intelligence service.

“I told the Prime Minister that instead of the fictitious pursuit of Russian and Chinese spies, Mr. Koudelka would focus on economic crime in the Czech Republic,” Zeman said in response to the government’s latest proposal to appoint Koudelka to the rank of general.

Zeman reports that 90% of Russian and Chinese spies are reported by Zeman. According to the head of state, counterintelligence should pay more attention to the fight against corruption. “That will finally be useful,” Zeman said.

Koudelka said the activities of Russian and Chinese intelligence services are the most important long-term risk to the security of the Czech Republic. In the short term, the most significant threat is Islamic terrorism. Still, the BIS now has no information about the direct risk of a terrorist attack.

The Russian embassy in Prague responded to the accusation by saying that information about the alleged Russian agency network had nothing to do with the facts. Zeman pointed out today. “Note that the Russian Embassy was smiling with a smile. And I say to myself that if it were, why didn’t we expel anyone?” said President on TV Barrandov.