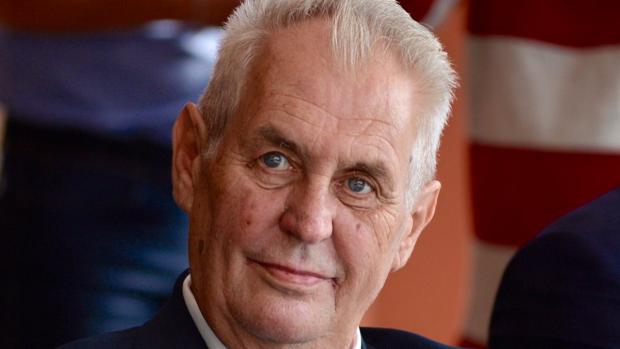 This morning, after more than a month, President Miloš Zeman left the Central Military Hospital (ÚVN) in Prague for the Lány chateau, where he was to be cared for by general nurses from a private company. In the evening, however, he returned to ÚVN because he was diagnosed with covid-19. On Friday, the president was to appoint ODS chairman Petr Fiala as prime minister in Lány, and for two weeks he was also to meet with candidates for ministers from the planned Together coalition government (ODS, KDU-ČSL, TOP 09) and Pirates and STAN. However, after Zeman returned to the hospital, the castle was announced on its websitethat the president’s program will be suspended for the duration of the Covid-19 treatment.

The president spent 46 nights at the ÚVN before this morning’s departure. He was taken to hospital shortly after the parliamentary elections with problems caused by an unspecified illness. According to a member of the president’s medical council, surgeon Pavel Pafek, he has a chronic liver disease. Zeman left the hospital at his own discretion. ÚVN today in a press releaseshe said she continued to recommend care to the president in a specialized medical facility. The head of the president’s medical council, Tomáš Zima, also stated that a stay in a hospital combined with a pass from home would be more suitable for the president, even though he would have quality nursing care in Lány.

The Senior Home Group from the Penta Hospitals CZ group was to take over responsibility for caring for the president. The president’s chancellor, Vratislav Mynář, announced this to journalists today. Already tonight, however, Zeman was transferred from the Lány chateau back to ÚVN, because he had a positive test for covid-19. According to ÚVN, he has no symptoms of the disease, he was hospitalized for preventive reasons due to the administration of monoclonal substances. In the press releaseÚVN spokeswoman Jitka Zinke said today. After the application of monoclonal substances, Zeman will remain in the ÚVN for observation.

The director of the Central Office and the attending physician of the President, Miroslav Zavoral , told the List News server that the test took place due to the “risk contact of an employee from Lány”. The infected person Zeman had met in recent days was an employee of the Office of the President of the Republic. Boris Šťastný from Senior Home Group told the iDNES.cz server . The infected woman was found in the preventive testing of anyone who would have access to the president in Lány. After that, a test was performed on the president.

The actions and negotiations connected with the formation of the new government awaited Zeman in Lány. As early as noon on Friday, the president was to appoint the chairman of the ODS and the Spolka Fiala coalition as the new prime minister. On Monday, at 3 p.m., a two-week series of meetings between the president and candidates for members of the new government was to begin in alphabetical order. Zeman was the first to accept the nominee for Minister for Regional Development Ivan Bartoš (Pirates). However, due to the suspension of the president’s program after the coronavirus infection, Zeman does not name the Prime Minister on Friday.