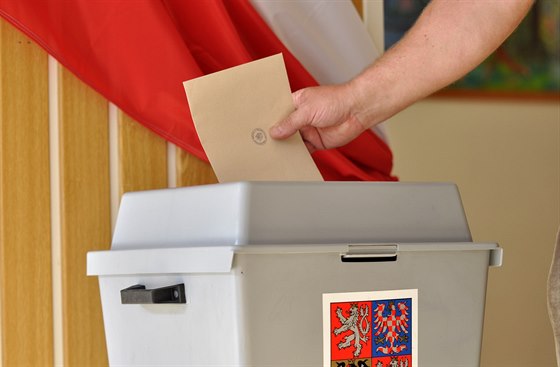 The polls have opened across the country for the second round of the Czech presidential election. Voters are choosing between the incumbent Miloš Zeman and challenger Jiří Drahoš, the former head of the Czech Academy of Sciences. Voters will have until 2 pm CET on Saturday to cast their vote.

After that the counting begins.

How long will it be before the final result is known?

Radio Prague spoke to the joint-acting head of the Czech Statistical Office Eva Krumpová about what to expect, drawing on the results from the first direct presidential election in 2013, which pit Miloš Zeman against former foreign minister Karel Schwarzenberg. Then, the result was known fairly early. Some 476,000 votes separated the two candidates.

“If we look at the previous election, the final result of the second round on January 26, 2013, was known by 6:59 pm. The last district to come in was from Santiago de Chile and the last one in the Czech Republic was a district in Prague which came in by 6:10 pm.

“Of course, the outcome of the election is likely to be clear earlier. Usually that is around 4 pm, and after which we wait for remaining results to arrive. That said, many of the late results are from districts in bigger cities, so they could still shake up the final result.”

If the counting of votes follows a similar pattern, the result of the election this time around could be clear by late afternoon. The Statistical Office official, however, stressed that what was of the utmost important was 100 percent accuracy, not speed.

One factor could be different this time around is that this election is expected to be fairly close. If it comes down to a difference of a few tens of thousands of votes, it is possible it will only be called for the winning candidate somewhat later. If the election proves to be extremely close, the losing candidate could also call for a recount, which would delay final confirmation of the outcome.

“Under the law, a single vote can decide the election. If one of the candidates edges the other by even just one vote, they are the winner. If there are doubts, the loser can appeal to the Supreme Administrative Court for a recount. It is then up to the court to decide.”

One factor which could play a major role on Saturday is overall voter turnout. Although both candidates in the final hours of their campaigns urged as many voters as possible to come to the polls, only around 60 percent of voters usually show up.

Voter turnout in the first round earlier tis month was 61.92 percent. The question now is, how many will come in the second?

In 2013, when the contest was between Mr Zeman and Mr Schwarzenberg, turnout in the second round was lower than in the first.