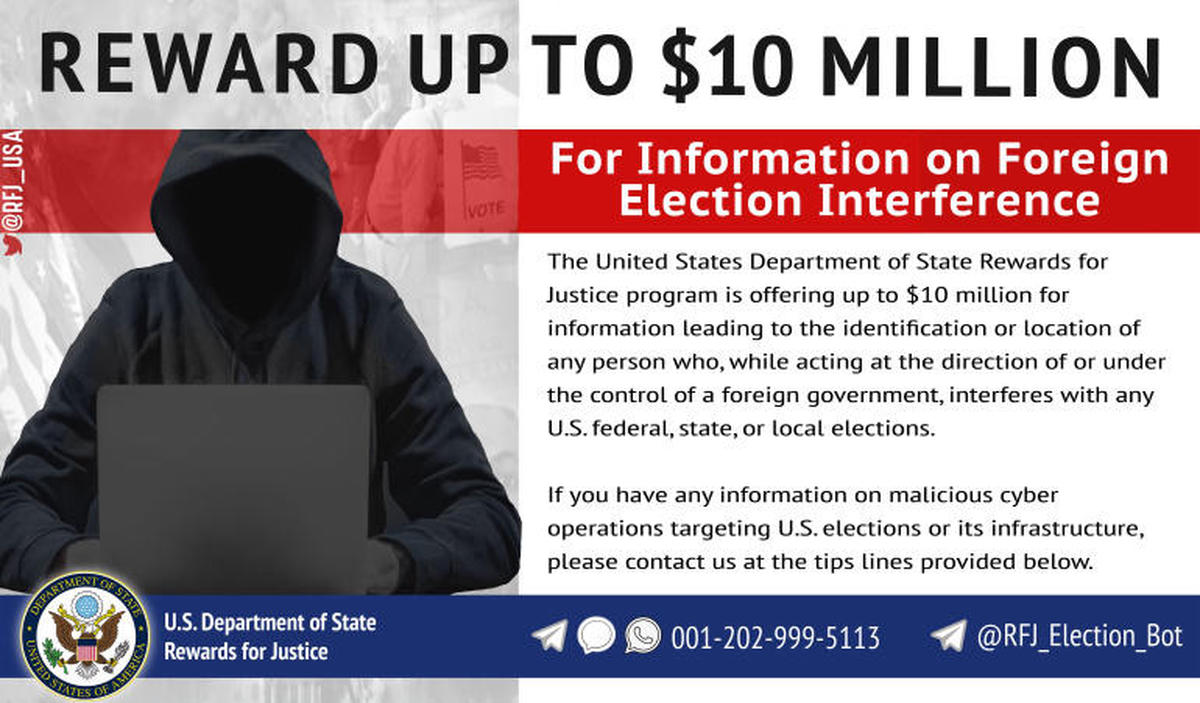 The United States is offering a ten million dollar reward for anyone who provides information leading to the arrest of foreign actors interfering in the upcoming presidential election, Foreign Minister Mike Pompeo announced.

Information about the identity or whereabouts of potential culprits who interfere in “illegal cyber activity” in the election while working for a foreign government should contact the United States government or the nearest U.S. embassy, ​​the State Department said.
The U.S. Detention Program Rewards Program has been in operation since 1984. Since then, Washington has rewarded about 100 people worldwide, paying more than $ 150 million in total, AFP reports.

The U.S. security services concluded that Russia interfered in the 2016 presidential election to help Donald Trump win. However, the president questioned Moscow’s interference in the election.

In February of this year, intelligence warned members of the House of Representatives that Russia was interfering in the current election campaign to help Trump win again. The American media reported on the closed meeting.

Democrats also expressed concerns about outside interference in the elections scheduled for November 3 last month in the U.S. Congress; According to them, disinformation campaigns organized from abroad can be a problem.