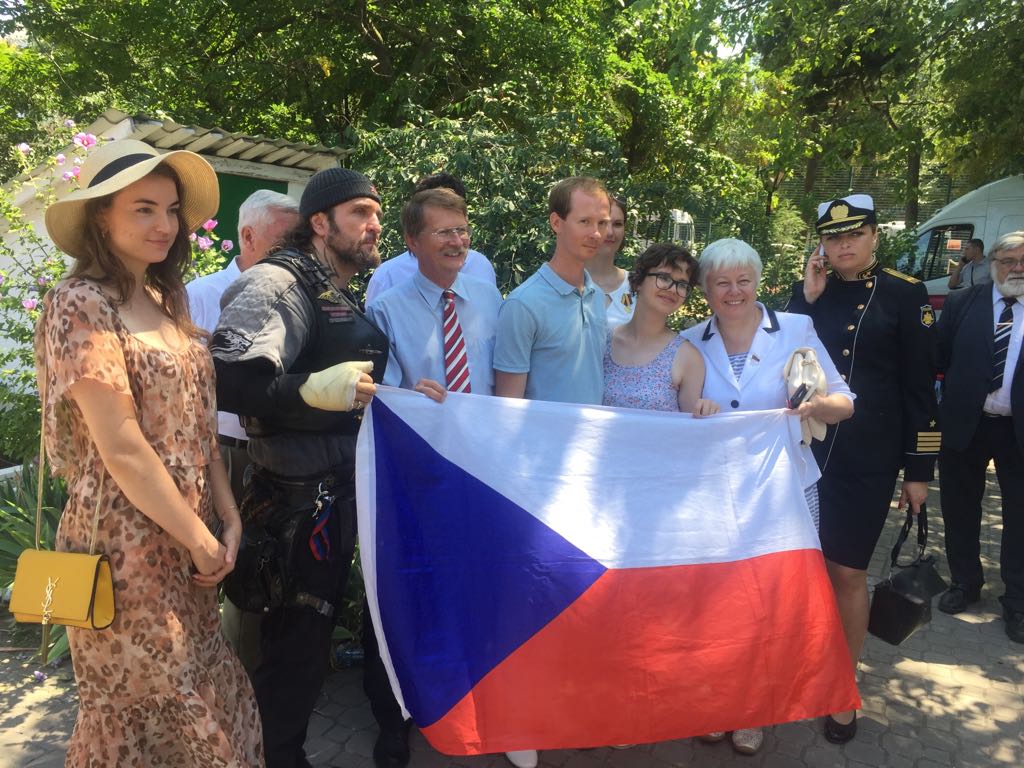 The Ukrainian embassy has condemned a three-day visit by the Communist MEP Jaromír Kohlíček, former deputy chairman of the KSCM, Josef Skála, and Senator Jaroslav Doubrava (Severočesh) in the occupied Crimea .

“It is another recurrence of violation of Ukrainian legislation by these politicians who, despite repeated warnings, continue to grossly ignore not only Ukrainian laws, but also international law,” the Ukrainian Embassy wrote in a statement.

Kohlíček, Skála and Doubrava, according to the media, arrived in the Crimea on July 28 and stayed on the peninsula for three days.

An official twitter account of the Russian Foreign Ministry’s presence in the Crimea on Monday featured photographs where Communists Kohlíček, Skála and Senator Doubrava took pictures of the leader of the Russian Night Wolves Motorcylce Club Sergeyevich Zaldostanov.

The “Delegation” was visited by Simferopol, Sevastopol and Bachčisaraj. He is still planning a meeting with the top Russian representative of the Crimea, Sergey Aksjonov.