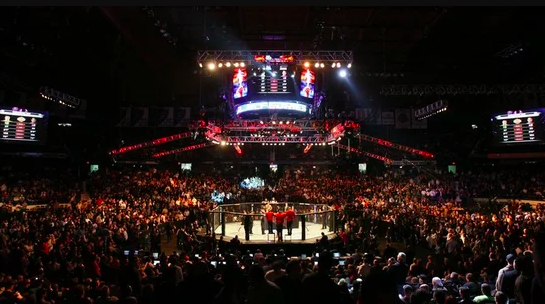 The UFC’s first European event of 2019 will also mark the company’s first-ever visit to the Czech Republic.

The UFC announced Wednesday it will hold an event on Saturday, Feb. 23 at the O2 Arena in the nation’s capital city, Prague. Tickets for the event will go on sale Dec. 7.

“The Czech Republic has long been on our radar as UFC continues to expand across Europe,” UFC international vice-president David Shaw stated. “We are incredibly excited to finally be able to bring our first live event to our passionate Czech fans. We are looking forward to building the UFC brand and further growing the sport of MMA in the country. It’s going to be a great night.”

No fights have been announced for the card, which will air on ESPN+, but Czech Republic bantamweight Lucie Pudilova, who is coming off a Fight of the Night performance in a split-decision loss to Irene Aldana in her most recent fight, is expected to be involved.