Tour de France could be a recipe for disaster 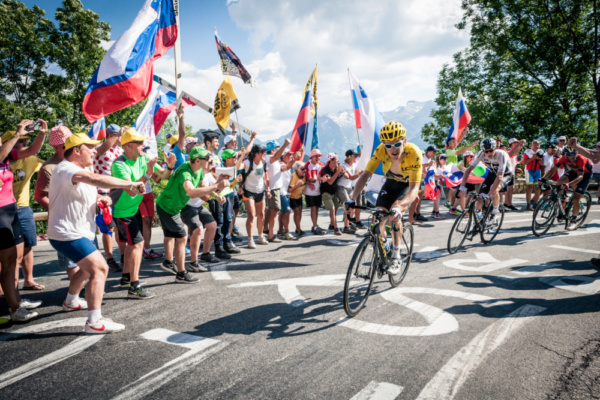 Even though The Tour de France was postponed for two months, it could be a recipe for disaster. According to Professor Devi Sridhar of the University of Edinburgh, a leading global public health expert and also advising the Scottish Government in the fight against the coronavirus pandemic.

While the competitors themselves welcomed with great enthusiasm the news that the Tour would go on as planned, Sridhar has a different attitude. The organization of such a significant event – despite its postponement – could trigger the further spread of the virus in Europe.

“Even if they had no choice, it is a painful decision. For this year, it would be wise if the race was canceled. Tour organizers must weigh the risks against the benefits. “It could be a recipe for disaster. There is definitely a risk that the Tour could spread the virus again and start a new wave of measures,” Sridhar warned.

The 107th Tour with a start in Nice was initially planned to take place from 27 June to 19 July. Postponing means that if the race takes place, it will be at the latest time of the year, ever. The professor criticized efforts to hold the competition this year.

“It is a long-term problem, a chronic problem,” said the professor. “The virus is here to stay. And it will come back. Even if France managed to cope with it by August, then there will be the problem of people coming from different countries. And the arrival of an international convoy joining the Tour can spark a new group of infections, “Sridhar believes.

“At least two or three weeks of quarantine should be considered for people before they actually enter the country,” said Sridhar, adding that such a measure should apply to everyone involved in the Tour. “Travelers would need to arrive two or three weeks before the race begins to have time for quarantine. I don’t think that’s realistic. The Tour will not be the same as in previous years, it would be wiser to cancel the race. And it seems like a more realistic option.” said Sridhar.

He is also skeptical about the possibility of testing by the teams on the Tour. It would be challenging. “Ideally, they would test everyone every day, but the logistics would be overwhelming and costly. We also know that twenty to sixty percent of people are asymptomatic and show no symptoms, but pass on the virus to others,” Sridhar said.

“This virus is crafty and cunning. We don’t have a cure or a vaccine for it, and in fact, the vaccine is at best still far away – a year or a year and a half.”