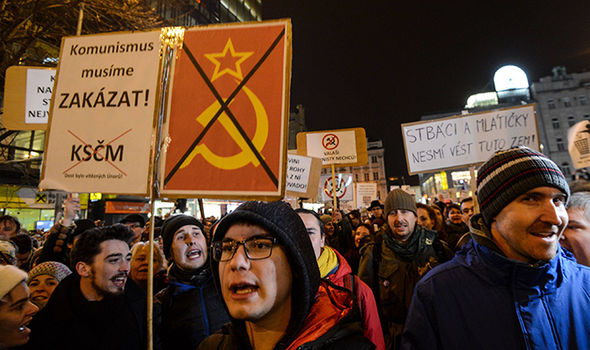 The Czech Republic’s lower house of parliament today narrowly backed Zdenek Ondracek to head its police oversight committee – the first time a Communist lawmaker has held such a post since the fall of communism nearly three decades ago.

Protestors flooded the streets in Prague shouting “we’ve had enough”, citizen point to Mr Ondracek and Andrej Babis for the protests.

One protestor said: “I am here because of Ondracek, who was a member of a police force that beat demonstrators in the Velvet Revolution.

“In the wider context, it is the election of Babis.”

Andrej Babis has had trouble installing a government despite being the runaway winner of an election last October. His single-party cabinet lost a confidence vote in January.

He is reliant upon Mr Ondracek, who was involved in the Communism-era police service and also fought to clear his name following links with the brutal Communist-era secret police.

The demonstrations eventually led to the peaceful overthrow of Communist dictatorship in what became known as the Velvet Revolution.

A video from 1989 posted on YouTube shows Ondracek defending police actions in an interview with state television.

Around 2,000 people rallied in the Czech Republic’s second-biggest city of Brno.